– This is a defense-oriented control deck consisting of banish spells, restore spells, and Ward followers. This deck isn’t fast, but it can adapt to almost any situation.

– First, we have to talk about Countdown Amulets. The time you have to wait between playing these cards and receiving their benefits varies, but many of these cards are powerful. Be careful not to destroy enemy countdown amulets because you’ll cause them to go into effect immediately.

– You can check which followers emerge from an amulet by tapping the Countdown button on the bottom left of the screen. However, their abilities won’t be displayed, so it’s a good idea to try it out in practice first.

– Blackened Scripture and Priest of the Cudgel can banish followers with three defense or less. You can take down powerful enemies by whittling them down first with low cost followers, and then finishing them off with these cards. This is critical for control decks, where you need to maximize the use of your own resources.

– Just as the name suggests, Holy Sentinel swoops in to the rescue when you are outnumbered. Switch it with Noble Fangs in the sample deck to increase your defensive options.

– Moon Al-mi’raj is unparalleled for its attack power among the Havencraft cards. Thanks to its regenerative ability it can hold its own in the play area. It’s a great replacement for Divine Birdsong, Guardian Nun, and Gilgamesh in the sample deck.

– Satan summons an Apocalypse Deck, which has a number of powerful cards with high attack that could beat the same enemy many times over. This legendary card is maximum cost and extremely powerful. This card is best for Havencraft, which doesn’t have many strong end-game cards, so try using it instead of Gilgamesh in the sample deck. 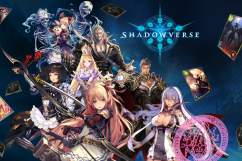