Now that we’ve recommended the five best free mobile games of the month, we’re now on to the best action titles.

Finding some fresh quality action games for the month was a breeze. We came across a few awesome games based on some hot properties. Plus we also came across an incredibly fun cover-based shooter that’s worth its weight in ammo. And finally, our phone battery quickly hit the one digit percentage limit since we spent so much time with a new PvP arena battler. These mobile games are guaranteed to switch up your mood into a happy one (you gotta be cheery if you’re gonna save the world and blow up some stuff or win a card game).

These are our picks for the best new android action games of July 2016.

As mobile tech improves, so do the games specifically developed for them. We’e gone from simple arcade shooters to fully fleshed out ones with console mechanics. Rival Fire is proof that mobile cover-based shooters are finally hitting their sweet spot. You’ll face off against waves and waves of rival gunmen as you stay behind cover and poke your head out long enough to dish out some gunfire of your own. The campaign is on point, plus you can choose to reach your highest personal score via Survival Mode and take on the world in PvP deathmatches. Rival Fire truly realizes its potential when you and three other mercenaries team up to take down some baddies and the biggest bosses there are.

Adventure Time has taken ahold of young and old fans’ hearts and minds. This original Cartoon Network property’s art style, outlandish storylines and lovable characters have withstood the test of time since its debut. The original Card Wars card battling game based on the animated series is top-notch, but it got taken up a few levels with this next pick on our list. Card Wars Kingdom puts you in the role of either Finn, Jake, LSP, Marceline and other characters as you build a deck full of powerful demons and spells. You’ll need to amass all types of new cards, upgrade them and fuse them together to create fresher cards. The Strike dungeons and new heroes here makes this a pretty nifty upgrade to Card Wars.

When a super popular film property hits the big screen once again, you can be sure to see a game based on its likeness as well. Ghostbusters: Slime City arrives just in time for the 2016 film reboot of those trustworthy spirit nabbers. This action/adventure game lets you get right to work as a fresh Ghostbusters recruit who’s fully equipped with a proton pack and loyal teammates. Capturing the most fearsome ghosts will help you upgrade your Manhattan HQ and spread your positive outreach to the rest of NYC. It’s time to suit up, arm yourself with some ghost trapping tech and raise your Ghostbusters team to the highest position on the leaderboard. “WHO YA GONNA CALL?” Hopefully, it’s gonna be you.

We saw Suicide Squad. Some of the reviews for it were pretty scathing, but we had a great time watching DC’s unlikeliest heroes tear it up on the big screen. A new FPS based on the film was definitely released in time for its blockbuster opening. Suicide Squad: Special Ops lets you save the world from a endless gathering of otherworldly villains with Harley, Deadshot or Diablo. Each character can dish out their own brand of punishment; you’ll have the time of your life as you swing Harley’s bat, blast baddies in the face as Deadshot or burn everything in your path as Diablo. Suicide Squad: Special Ops is a simple shoot ’em up affair, but its fun factor keeps it from growing tiresome.

X-world will take you into a world where the flashiest battles ever seen in a PvP action RPG take place on the regular. 5v5 battles are the main focus of this global mobile title; you and your team of martial artists, sharpshooters, magicians and more will fight to the death. Your team synergy has to be on point when it comes to taking down your enemy’s main tower. Pick your finest character and make sure they’re always equipped for battle thanks to the cool battle deck system. X-world gives you some MOBA mechanics and so much more cooler action RPG elements to enjoy. 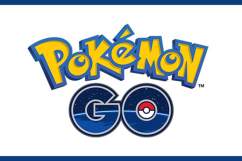