Man, what a month for mobile games.

July 2016 marked the shocking ascension of a game that got everyone to go outdoors to catch ’em all. That game was major, but there was also a nice collection of other mobile games that launched on the Google Play store. Our aforementioned game is free to download along with the other four picks we’ve placed on this list. Hop into some new RPG’s and get your grind on in dungeons or the actual real great outdoors with any of these picks.

These are the top 10 best new free android mobile games of July 2016.

Pokemon has made its return to the front of everyone’s minds in a big way. No one expected this game to become the global hit it quickly transformed into. Pokemon Go lets everyone who’s willing to walk a few blocks become a Pokemon Master. You’ll perform a myriad of tasks while you’re moving around the real world amongst other Pokemon trainers. It’s up to you to capture all types of familiar fighting monsters, stock up on Poke Balls, hatch Pokemon Eggs and help your collection of Pokemon evolve simply by constantly walking. When it’s time to tear down a gym or defend one, the fun factor behind this game truly skyrockets. Pokemon Go was the talk of the month and will continue to be as the year goes on.

2. Iron Maiden: Legacy of the Beast

Iron Maiden’s music is timeless. So much so, that the band actually utilized their music and the art style that reflects their movement within a great RPG. Iron Maiden: Legacy of the Beast lets you explore the entire world and battle with countless baddies as Eddie. You’ll go to war during turn-based battles and amass a party that can rock out with incredible abilities. Vanquishing your foes means you’ll get access to them as new weaponry that will pay off during future battles. Choose your character class wisely, develop your best battle strategies and become one with the legendary Eddie. 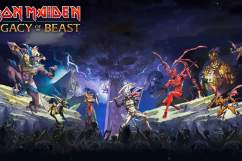 ‘Iron Maiden: Legacy of the Beast’: Top 10 Tips & Cheats You Need to Know

If you’re wondering why HIT looks so damn good, it’s because it’s being powered by the Unreal Engine 4 game development tool. This fast-paced action RPG not only looks amazing, but it also features the type of meaningful gameplay you’d expect from console-like games. Heroes of Incredible Tales is a top-down experience where you’ll be tasked with exploring dungeons, ripping through hordes of creatures and upgrading your hero to unstoppable levels. You won’t just have to contend with dungeon minions, though. The PvP modes will through you into the fray during 6-player deathmatch battles. Or you can be friendly and align with real players during co-op raids. HIT has everything you’d want from an action RPG and more. 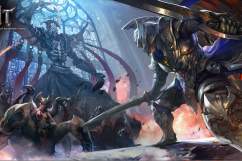 If you prefer your RPG in a world that’s anime inspired, then SoulKing is a fine game to become addicted to. The usual mechanics of such a game plays a huge part here when it comes to keeping you enthralled. The clashes you’ll engage in are always fun and fast-paced, the VIP System awards worthy bonuses to dedicated players, hiring Mercenary party members give you tons of allies to level up and the PvP battles are a great way to test your true might. SoulKing’s visual splendor and magnificent RPG elements are sure to keep you for months to come. 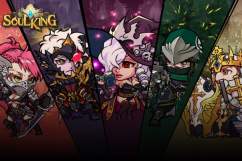 Our final selection is another fine choice from the world of 2D strategy RPG’s. Legend Summoners’ battle setup is really in your face as your party members and the enemies they’ll encounter all look huge. This means the many attacks and magical abilities that get thrown out all look extra flashy. Your army of warriors will need your TLC as you help them dominate the wars they’ll become a part of. Contending against other players is just as fun as taking down the baddies that wander around each battle map. Legend Summoners is a great option to select if you need a new mobile RPG to master. 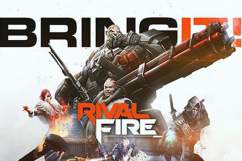