Following this week’s Final Fantasy XV delay, it looks like Square Enix intends to tease fans for the next few months as the publisher has released an hour-long Final Fantasy XV gameplay video for our viewing pleasure.

The new video, which Square Enix has dubbed the Master Version, showcases the game’s beautiful environments and features extensive new footage of Chocobo racing, side quests, abilities and magic synthesis systems. The video also showcases some of the game’s new monsters and equipment, as well as the new Wait Mode, the new combat style that essentially makes battles easier by stopping real-time movements if the player does not enter inputs after a certain period of time.

With magic synthesis, players will be able to customize the abilities they can use and arrange them to their liking, as well as do things like add a healing effect to your fire magic spells.

Even with the recent delay, it’s clear that Square Enix wants to keep Final Fantasy at the forefront of our minds. Last week, we were also given details about the Final Fantasy XV Season Pass, and the company just recently released the Final Fantasy mobile game by the name of Brave Exvius.

The gameplay video is currently in the process of being added to their official YouTube channel, and when it’s live, the embedded video above will work.

The Final Fantasy XV release date is now set for November 29th for the PS4 and Xbox One.

Stay tuned to Heavy.com for more of the latest gaming news. 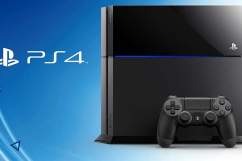 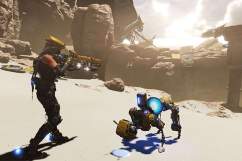