In addition to the leaked Olympic loot boxes that were discovered this morning, it appears that Overwatch will be having their own Summer Games as well.

Assistant Game Director Aaron Keller announced on the official PlayStation Blog today that there will be a new brawl mode available to Overwatch players called Lúcioball, which will take players on the soccer field in Estádio das Rãs in Rio de Janeiro for a 3v3 Rocket League-style match. The official Overwatch blog goes into slightly more detail, and the objective is simple: players will have four minutes, and the team with the most goals when time runs out is declared the winner.

The new mode will require players to play as Lúcio, so an understanding of his abilities is helpful. They have each been updated specifically for this mode: his main attack will allow him to punch the ball as opposed to using his primary blaster, his secondary attack “emits a blast of sound” for scenarios where you need to launch the ball across the map, the speed buff from his song will now affect only the user, and his ultimate ability, Sound Barrier, will pull the ball towards him. The stadium is outfitted with jump pads and speed-boosting walls to enhance these abilities.

This is the first ever Overwatch seasonal event, but the blog post teases that players can expect more in the future, including more specially-themed maps, game modes, and Loot Box items. 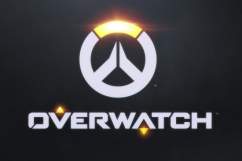