With Niantic’s latest Pokemon GO update, trainers have an entire new set of Pokemon information to use in order to better understand their Pokemon. A new “Appraisal” feature has been added that allows trainers to better understand their Pokemon’s attack and defense capabilities, so they can decide which will be best in specific battles. But what do Blanche’s sentences found in the appraise feature mean for Team Mystic?

When it comes to an overall analysis of your Pokemon’s IV range, Blanche will say the following:

Blanche is pretty blunt when it comes to lesser-skilled Pokemon. No mincing words here.

As for your Pokemon’s stats, you’ll first be told which stat (attack, HP, or defense) has the highest IV by being told this is your Pokemon’s “best attribute.” Next, if another stat has the same value as your best stat, Blanche will say: “It is matched equally by its ___.”

If your Pokemon has at least one stat with a bonus (IV) of 15, Blanche will say: “Its stats exceed my calculations. It’s incredible!”

If a stat has a value of 8 to 12, Blanche tells you: “Its stats are noticeably trending to the positive.”

If one stat has a bonus value of 0 to 7, Blanche will say: “Its stats are not out of the norm, in my opinion.” Blanche is still encouraging, even if the bonus value is low.

Because the Team Leaders are commenting on your Pokemon’s size, it’s likely that this will play a more important role in future versions of Pokemon GO. Perhaps it will play a role in battles or in trades. For now, Blanche comments on every size of your Pokemon. (Unlike Spark, who has so far only been noted to comment on extra small Pokemon.) If your Pokemon is XL, Blanche will say: “The size of your (Pokemon) is…colossal. This is indeed exceptional. Fascinating!” If your Pokemon is XS, Blanche says: “Your (Pokemon) is tinier than any we have on record. Astounding.” Large and Small Pokemon get a similar response: “Your (Pokemon) is above (or below) average in size.” Apparently no Pokemon is normal in size. 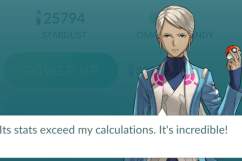 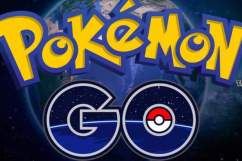 Read More
iPad Apps, iPad Games, iPhone Apps, iPhone Games, Mobile Games, Pokemon, pokemon go
Blanche has a lot to say when she appraises your Pokemon. What does her appraisal mean? Find out how to interpret Team Mystic's sentences here.