Losing one’s parents is an extremely traumatizing event. Even worse is having to find out there’s a few dark secrets that paint them in a much different light. Bruce Wayne came to find out that his mother and father, who were regarded as Gotham City’s most influential family and positive icons, had ties to the mob. This second episode delves even further into the mystery regarding what the Wayne Family did to gain control of their wealth, plus who’s truly behind the violent revolution Gotham City is in the middle of. The opening portion of “Children of Arkham” revisits a very familiar aspect of Bruce’s past, but it becomes even more interesting due to the extra mob ties plot wrinkle thrown into it. As a longtime fan of Batman, you’ll get a kick out of properly investigating the event that led to Bruce becoming who we all know him for.

There’s an abundance of major choices to make and some events that throw a wrench into what Bruce is trying to discover. Oswald Cobblepot and his henchman play a much bigger part here, which gives you even more incentive to find out the connection between both Bruce and Oswald’s families. You’ll truly get pulled in after you witness the sudden assassination of a figure who had some of the information Bruce desperately needed. This event and other major occurrences do a fine job of pulling you in even more and pushing you towards finding out what Thomas And Martha Wayne were truly up to behind closed doors. No longer are Bruce’s parents the innocent, positive city figures that they were once regarded as. This revelation thankfully changes up the status quo for the Batman mythos and provides a new outlook on Bruce’s journey to self-discovery.

While this episode sadly excludes an occasion that focuses on Batman’s crime scene solving skills, it features two fight sequences that are miles better than the ones seen in the first episode. In particular, the barroom brawl that puts you alongside Miss Selina Kyle is amazing. It feels even better to watch Bruce Wayne in action without him having to don his suit. Telltale Games has managed to do away with the fear that most Batman fans brought up when this series was announced, which was a lack of action. There’s a lot more battle sequences during this episode where you’ll need to utilize your fists and feet to get your point across. Once again, you’ll encounter some shady characters as you attempt to clear your family name and choose your political ties wisely. But more often than not, it’ll take Bruce’s combat skills to get more of the answers he seeks.

By the closing moments of this chapter, everything will hit a satisfying climax. A new mysterious figure is revealed, another key figure meets his end and you’re forced to save only one of your closest allies in the heat of a hostage situation. The final portion hits hard and perfectly sets up the third full act, which we’re now anticipating greatly. “Children of Arkham” is miles better than its series introductory episode due to an abundance of intense fight scenes, bigger choices, new individuals to encounter and two major mysteries at the heart of it all. The only complain this reviewer can throw at this near perfect episode is the huge fall in visual fidelity when a certain videotape is shown to the people at Gotham. This moment is a huge revelation for Bruce; it’s just too bad that the faces of the people on that video are horribly animated. Besides that disappointing moment, “Children of Arkham” is nearly perfect.

Bruce Wayne’s current predicament is even more of an intense affair to follow along with in this episode. The big reveals that come your way (the Wayne Family’s ties to the mob and the current mayor, who had Thomas and Martha Wayne killed, the connection between the Wayne and Cobblepot family etc.) will grab you and implore you to find out even more details about Bruce’s past. The shocking events that occur raises the stakes and makes you even more interested in who’s really pulling the strings. When it’s time to fight and refrain from talking, three of the major encounters you’ll step into do an awesome job of supplying some action. The very final choice you’re forced to make hits hard and is the perfect setup for the fallout coming in Episode 3. Telltale’s second attempt within the Batman series canon has us wanting more. 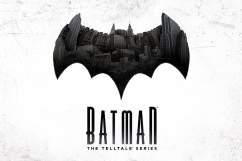