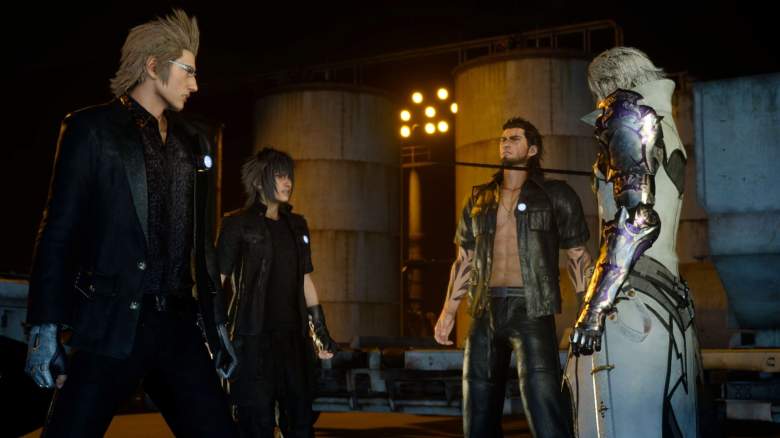 Square Enix gave us our first good look at Final Fantasy XV during the Tokyo Game Show two years ago; last year, they unveiled a new trailer with details on the in-game activities fishing and Chocobo riding; and this year, they debuted a new trailer with further details regarding the story. That, combined with the fact that the game was originally scheduled to release in just two short weeks before it was recently delayed to November, has brought Final Fantasy XV to the forefront of many gamers’ minds. If you’re new to the series and are still on the fence about purchasing it, or if you’re a veteran and are concerned that the latest installment is too much of a departure from the beloved classics, there are many factors to take into account. It seems that Square Enix has made a genuine effort to appeal to both types of gamer, and we will talk about exactly how they’ve accomplished this.

In preparation for the new release date, which is still only two months away, and in the spirit of the ongoing Tokyo Game Show, we have compiled a list of five fast facts you need to know about the upcoming Final Fantasy XV. The game is set to release on November 30, 2016, for PlayStation 4 and Xbox One.

Stay tuned to Heavy.com for all Final Fantasy-related updates as well as all your gaming news.

1. Only the First Half Will Be Open World 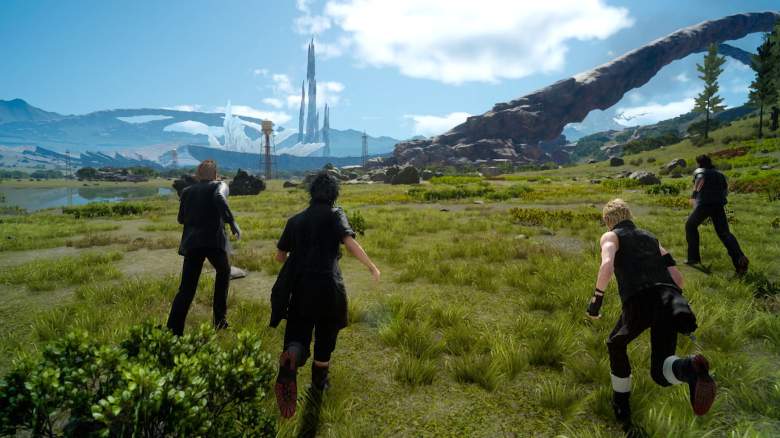 Final Fantasy XV has been widely touted as an open-world experience, in contrast with its famously linear predecessors, but there will actually be a linear portion. This is perhaps to appeal to long-time fans of the series by giving at least part of the game a more traditional Final Fantasy feel; this is actually a nice touch considering that the game seems mostly designed to bring in new players. Fans of the older games can rest assured that there will still be classic Final Fantasy elements to look forward to; the developers made an effort to integrate both gameplay styles to appease both types of player.

In a recent interview with Famitsu (via Siliconera), director Hajime Tabata answered some questions about the upcoming RPG. Although he has stated in the past that the game will not be one hundred percent open world, we now have further clarification as to exactly what that means. He revealed that the first half of the game will be open world, and the second half will be more linear and story-driven. He promises that the game will take the best of both worlds, however, and it won’t ever railroad players (Final Fantasy XIII, in particular, is notorious for that). The game is designed this way so that players don’t become bored or overwhelmed with the open world. It is divided into chapters, numbered 0-15, and Tabata estimates that if you stick to the “main route” in the second half, you should get about 40-50 hours of play time. There are undoubtedly bonus side quests and objectives, though, as well as a number of minigames and activities that can stretch that time if you so choose.

2. There Will Be DLC Outside of the Season Pass 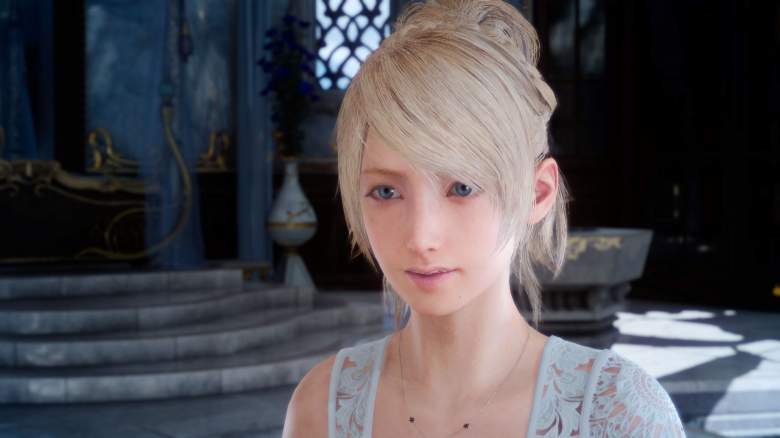 Square Enix recently released a list of the content that will be covered in Final Fantasy XV‘s Season Pass, and Tabata revealed more about the DLC in a recent interview with Famitsu (via Siliconera). Last month, Square Enix revealed the working titles of six DLC packs that would be included with the Season Pass and Digital Premium Edition. When asked if that is all we’ll be getting in the way of DLC, he responded, “That won’t be all. The ones that we’ve announced are the ones were decided that we’ll certainly do.” He also confirmed that if they do decide on more DLC, it won’t be covered under the Season Pass and will have to be purchased separately. This announcement provoked a negative response from many players, but based on his further comments, that may be somewhat of an overreaction.

He went on to specify that they had plans for downloadable costumes and to “increase the cooking repertoire”, which makes it sound as though any additional DLC will probably consist of in-game items rather than being story-based. So those that purchase or have purchased the Season Pass probably won’t have to worry about shelling out more money for additional story content. He also emphasized that nothing is set in stone right now beyond the six DLC packs; the focus right now is on polishing the main game, so once that is out they will shift gears to DLC. So they may well decide to include it if their is enough outcry; considering that their decision to delay Final Fantasy XV was based on perceived player response to day-one patches, it seems that the developers are truly dedicated to listening and responding to the demands of their fanbase. 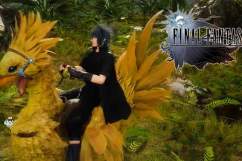 It seems that the series is straying even further from its roots with the combat as well as the open-world setting, as Final Fantasy XV will implement a live-action combat system similar to Kingdom Hearts and Final Fantasy Type-0. Gematsu provided a preview of some of the combat elements. Your party will be able to run around the battlefield to dodge attacks and even climb monsters to target weak points. Weapons and spells are mapped to the D-pad so they can be conveniently switched mid-battle. Weapon types include: one-handed swords, great swords, daggers, spears, shields, magic spells, and a shuriken. You will be able to dodge roll and switch to Guard Mode, which reduces damage and allows you to evade, parry, and counterattack. Following a successful counter, if the right conditions are met, you may trigger a cooperative Link Attack with your allies.

There is also a unique combat mechanic known as Shift; this is an ability the Lucis royal family possesses which allows you to warp around the battlefield. This capability is limited only by your MP, and will allow you to either attack a target you’re locked onto or take cover to restore HP and MP. You can throw your weapon and shift to its landing point with the press of a button; potential destinations are indicated by an icon on your map.

In regards to the combat, Hajime Tabata told Forbes: “…we wanted to create a seamless world that players can explore. Therefore, it was only natural to implement a real-time action system so that players can transition seamlessly between exploration and combat.” Summons will be present as well, but will be more fully integrated with the story than ever before. Rather than acquiring or unlocking Astrals (as they are known in this installment), you will encounter them throughout the world and must prove yourself to them in order to request their aid.

4. There Will Be Multiple Minigames and Activities 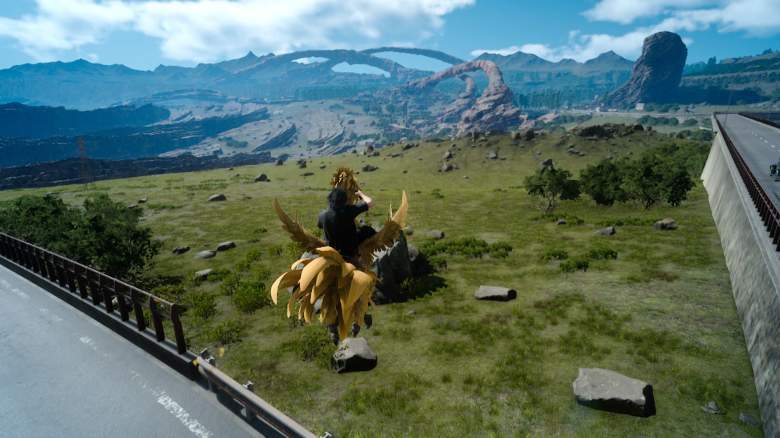 Don’t expect to see Blitzball, though; Final Fantasy XV will include more mundane activities like pinball, fishing, and Chocobo riding. Fishing will also provide ingredients for cooking, another in-game activity. While the party is camping at night, Ignis will be able cook meals, which will provide the party with status buffs based on the type of food consumed. There will be the familiar art of Chocobo racing as well, but don’t expect to see raising/breeding like in FFVII.

At last year’s Tokyo Game Show, Square Enix revealed details on fishing and Chocobo riding. According to GameSpot, players will be able to cast a line in any of the various lakes and ponds they come across and wait for a bite. When they have a fish on the line, they will “fight” it through a series of on-screen prompts, and when it’s caught Ignis will be able to cook it. There are a variety of fishing rods and lures that players may acquire in order to catch different types of fish. Chocobos will allow players to walk, dash, and jump to reach high places that players can’t get to on foot. They also tease “a variety of activities involving Chocobos”.

The pinball game is called Justice Monsters Five, and in addition to being playable at in-game rest stops, there is a mobile version that recently released for Android, iOS, and Windows 10.

5. The Car Will Be Fully Controllable 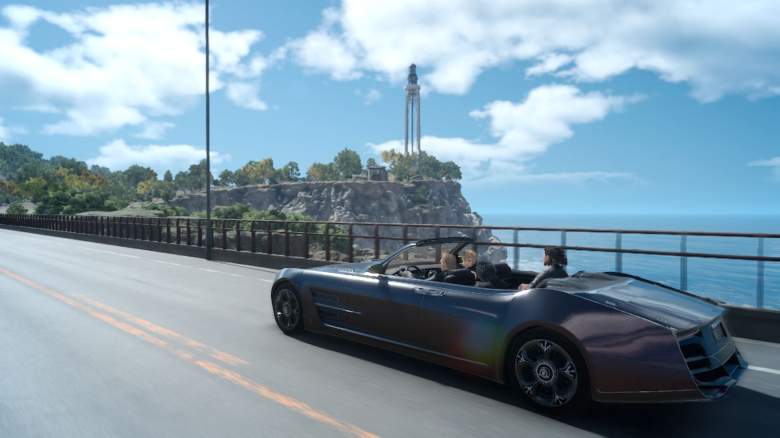 One of the most iconic features in Final Fantasy XV is the cool convertible Noctis and his “bros” are frequently seen driving, known as the Regalia. The car also has sentimental value, as it was gifted to Noctis by his father, King Regis. Hajime Tabata told Nova Crystallis in an interview during last year’s Gamescom:

“It’s like a metaphor so that the journey will be preserved by his father. It also represents the relationship between Noctis and him. For Japan and probably elsewhere, as well, the idea of the car that your father drives and being linked to him is a very strong thing.”

For those of you wondering if player-controlled airships will be making a comeback for this installment, the answer is…sort of. While you won’t be able to fly a gigantic airship, you can get an upgrade for the Regalia later in the game that allows it to fly, and therefore reach previously inaccessible areas. There will also be multiple Regalia skins available as preorder bonuses in Japan, although there is no word yet on when/if these bonuses will be available outside of Japan. 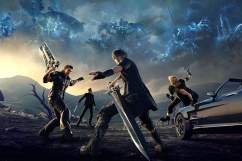