The Xbox brand has been lifted to legendary status thanks to a number of standout, 1st-party IP’s. Halo, Forza Motorsport and Gears of War are three of the most notable franchises that has accomplished that feat.

That third title in particular has garnered a huge fanbase by offering gritty 3rd-person gunplay and a compelling story of humanity’s struggle against a monstrous menace. Gears of War 4 will transport the series into the next generation of its world and improve upon the series’ most important pillars: the main campaign, co-op/competitive multiplayer and Horde Mode. New weapons, new ways to wipe out your enemies, new characters and a host of other improvements will guarantee that Gears of War 4 builds upon the foundation left by its predecessors.

In anticipation of its October 11 launch, let’s break down everything there is to know about the newest release within the Gears of War franchise.

1. Gears of War 4 Takes Place 25 Years After the Close of the 3rd Entry

During the closing of Gears of Wars 3, everyone witnessed the activation of the Imulsion Countermeasure bomb. This extreme tactic on behalf of the human race wiped out all the Imulsion existing on the planet Sera, plus both the Locust and Lambent threat. This process happened to do a number of the human race as well, though; fossil fuels became a lost natural element, which forced humanity to change the ways they approached survival. The weather also got way more severe and brought along dangerous windstorms known as “Windflares.”

Humanity chose to do their best to brave these elements and also align themselves within a reformed Coalition of Ordered Governments. Walled-off cities were constructed in order to keep what’s left of the human race safe and intact. The COG went on to declare martial law and limit the travel of its citizens from outside the walls. An anti-movement known as the “Outsiders” chose to reject these regulations, which caused them to make their living outside of COG jurisdiction and raid their settlements.

The three main characters at the center of all this madness is J.D. Fenix (the son of Marcus Fenix and Anya Stroud), Delmont “Del” Walker and Kait Diaz. They’re forced to come together and fight against a new monstrous menace.

2. The Newest Threat You Have to Contend With are Known as the “Swarm”

The Locust and Lambent may no longer exist, but humanity is still in danger due to the introduction of a new faction of creatures called the “Swarm.” Some of the Swarm’s enemy types are similar in behavior to a few of the Locust enemy types from past series entries. For example, the Swarm’s “Drones” tend to attack/defend just like its Locust brethren.

“Pouncers” are armored enemies that fire quills from their tails and are capable of pouncing onto humans. “Juvies” are swift moving baddies that are particularly vicious in packs; their blood curling screams can break open pods that birth more enemies you’ll have to contend with. These are just a few examples of the many types of monsters that are aligned with the Swarm.

3. Co-Op and Multiplayer Return, Plus Horde Mode Enters Into Its 3.0 Rendition

Gears of War 4 features an extensive campaign that can be experienced in single-player or through co-op. Player One will take on the role of J.D., while the second player can either take control of Kait or Del. The co-op can be played locally via splitscreen, online or via LAN. The Lancer and Gnasher will return, plus new weapons are being added to freshen up the series’ arsenal.

A new combat knife will allow you to execute your enemies at close range even if they’re hiding behind cover. The Dropshot can launches aerial mines that can be driven straight into the ground or through an enemy’s head. The Buzzkill can send out airborne saws that can ricochet off of walls. Be careful with this tool, though; it can also damage you and your teammates.

As for the multiplayer portion of the game, developer Splash Damage (Gears of War: Ultimate Edition, Brink, Dirty Bomb) will take the reigns this time around. New and returning modes will fill out the multiplayer component, plus a refined ranking system is prepared to make matchmaking a much better process. And the most impressive part of all this is the fact that it’s reported to run at 60fps on dedicated services. Check out the gameplay demo posted above to see Gears of War 4’s multiplayer in action.

The final piece of the Gears of War 4 puzzle comes in the form of Horde Mode. This 3.0 rendition features four players fighting for their lives against waves of increasingly dangerous foes. You’ll need to plan out your attacks, build up all types of fortifications to protect your team and upgrade your character’s class skills. The trailer posted above will give you a clearer understanding of what Horde 3.0 mode entails. 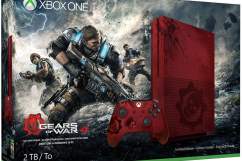 Top 10 ‘Gears of War 4’ Collectibles You Need to Buy

4. Four Separate Editions of Gears of War 4 are Available; Three of Them Let You Access the Game Early

Getting your hand on a copy of Gears of War 4 can be done through four different methods. Pre-ordering the Standard Edition means you’ll be gifted with the Elite Gear Pack. This DLC bundle includes the following items for multiplayer and Horde mode: the vintage Del character skin, the Warbird Gnasher weapon skin and three bounty cards.

The next pre-order bonus you’ll get is the “Brothers to the End” Elite Gear Pack. This pack comes with the Zombie Don, Tomorrow Anya and Old Man Marcus character skins, plus the Gold Wave Lancer, Gold Wave Gnasher and Warbird Gnasher weapon skins. The Ultimate Edition is one of the editions of the game that lets you play the game four days early (Friday, October 7). This copy of the game can be bought physically or digitally. The physical edition comes with a special SteelBook case and the game’s Season Pass. The Season Pass comes with the following:

– Five exclusive digital items as part of the Vintage VIP Pack including the Vintage JD character skin
– Vintage Gnasher and Dropshot weapon skins
– Vintage JD Emblem and Vintage JD Bounty for extra XP
– Permanent DLC map ownership of over 24 additional maps (two per month for a year) for private play on dedicated servers
– Access to an exclusive Developer Playlist where new maps, modes and features can be tested prior to broad release
– Six Gear Packs which unlock special character and weapon skins, equipment and abilities, and XP boosting bounties

Buy the Ultimate Edition of Gears of War 4 here.

Buy the Season Pass for Gears of War 4 here.

Two physical Collector’s Editions can also be bought, which also gives its recipients Early Access to the game. The first one comes with the JD Fenix on COG Bike Premium Statue, the Frag Grenade Keychain, an exclusive Lithograph and access to three in-game Gears Crates. The other Collector’s Edition option comes with all those goodies, but the statue that comes with it arrives in an “Outsider” variant. All four of these editions lets you play the entire Xbox 360 Backward Compatible Gears franchise for a limited time, too.

Buy the Collector’s Edition of Gears of War 4 here.

5. A Custom Gears of War 4 Xbox One S and Wireless Controller is Perfect for Avid Fans

There’s a custom Xbox One S that’s been created specifically for Gears fanatics. This bundle features a 2TB version of the console with a red paint variant, the “Crimson Omen” Xbox One Wireless Controller, a vertical stand, a digital download token for Gears of War” Ultimate Edition and access to tons of exclusive in-game DLC. If you already own an Xbox One or Xbox One S and just want the custom controller, you can definitely go that route if you’d like. 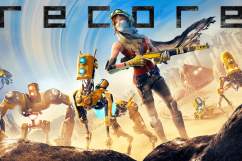