Niantic has finally released the new Pokemon Go buddy feature and the update should be available for everyone soon. We know that you’ll need to designate a Pokemon as your buddy and take it for “walks” in order to get candy. But just how far will you have to walk your Pokemon in order to get a new candy? (This post has been updated with new information from the Buddy feature.)

Here Are the Distances According to Pokemon Type

Niantic has not released official numbers on how far you’ll need to walk your Pokemon in order to get candy, but you can find the information by playing the game. According to current Pokemon Go trainers who have been using update, this is the distance required for Pokemon that you are walking as Buddies (along with their sizes, for comparison.) They are listed in alphabetical order by species.

There are a few things in the distance decisions that are confusing to some players. For example, Pikachu only requires 1 km for candy, but all the other starters require 3 km. Some trainers have suggested it’s because Pikachu is so popular and will likely be the first Pokemon used as a buddy by many trainers. Others pointed out that Moltres is listed as “big” rather than as “flying.” This may be due to Moltres’ size and where it’s placed in conjunction with your avatar.

Some trainers have pointed out that it appears Pokemon Go buddy distances are correlated to egg hatching distances. In other words, a Pokemon that hatches from a 2 km egg will require 1 km of walking to get a candy, a 5k egg requires 3k walking, and 10k egg Pokemon require 5k walking.

In addition, there may be some Pokemon who require 10 km of walking, but this has not yet been confirmed. Perhaps these distances will be reserved for legendary Pokemon.

Explore the world with your Buddy Pokémon in #PokemonGO!https://t.co/2XfVPhuRnO pic.twitter.com/85quSfjF9X

Last week, Redditor elfinlazz posted a Game Master file on Github here that appears to show candy rewarded every 1, 2, or 3 km distances depending on the size and type of Pokemon that you walk. It’s not clear if you would get just one candy per distance achieved or a packet of candy.

However, it turned out that not all of the distances in that original account were accurate. Trainers who are now playing the game are saying that the distances seen in the app do not match the distances from the Game Master File. It appears that distances originally reported as 2 km are actually 3 km, and distances reported as 3 km are 5 km. 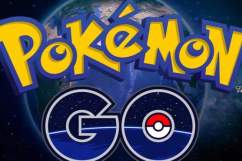 ‘Pokemon Go’ Buddy Update Live: How to Get the New Feature