Niantic is releasing a new update that will allow Pokemon Go players to capture incense spawned Pokemon with their Plus device. The new update will also let you see the locations and dates of all the Pokemon you captured. But when will the update hit Apple and Android stores and how can you get it?

Niantic announced the update early in the morning on September 23, around midnight. Typically when Niantic announces an update, it means that the update is still being reviewed by Apple and Google Android. For example, when Niantic announced the big Pokemon Go Buddy update on September 10, the update had just started propagating on Android and was still being reviewed by Apple. The update was announced around noon on a Saturday, but many people using Android didn’t see it until Sunday, and many people on iOS didn’t see it until that Tuesday. That’s how long it can take for an update to reach all Pokemon Go players.

To get the update, check in your Android or iOS app store for the latest update to Pokemon Go. The update will be version 0.39.0 for Android and it will be version 1.9.0 for iOS devices. If you have your phone set to get updates automatically, you can check to see if you have the update by going to the information page for any of your Pokemon. The page will have a date and city showing where the Pokemon was caught, if your phone is using the latest version of Pokemon Go.

Don’t worry if the update’s not showing up yet for you, even if you see that other people already have the update. The update for Android is released in stages, meaning that some areas will get the Android update before others. (You can read more about staged rollouts of updates on Android here.) Some players have observed that the updates tend to arrive on the West Coast of the U.S. first, and the midwest gets the updates a little later, sometimes as much as 12 hours after the West Coast. If some people already have the update, it may be because they downloaded an APK version to get the update early.

The update was also submitted to Apple, but sometimes Apple can take up to two days to review and get their updates out or longer.

Reddit’s The Silph Road also tweeted excitedly about the update:

Pokemon capture locations are back in Pokemon GO v0.39/1.9.0 (coming over the next few days)! Also, incense spawns now show on the GO+!

This new update will let trainers catch incense spawned Pokemon with their Plus device, and it will let all trainers see the capture locations for Pokemon. It’s also fixing some minor bugs in the game. 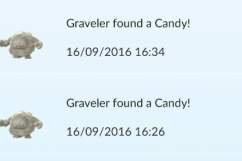 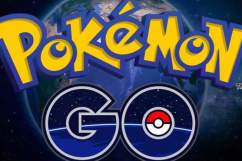