Ubisoft has announced a South Park: The Fractured But Whole delay that will send the game into the 2017 release year.

More specifically, the game is now slated for Q1 2017, and even so, no concrete month has been nailed down just yet. According to a post on the official Ubisoft blog, the delay is due to the development team wanting to ensure that the upcoming South Park game meets the high expectations of fans. To meet those goals, the developers say they’ll need more time.

The Fractured But Whole was originally slated to release on December 6, 2016 for PS4, Xbox One, and PC. It’ll play as a sequel to 2014’s highly-rated South Park: The Stick of Truth, but instead of RPG tropes, they’ll be using superhero cliches and personas.

It seems as though video game delays are now becoming the norm. At this point, we should almost expect a delay for all of the AAA games after their initial release date announcements. Hopefully, we’ll get a solid Fractured But Whole release date soon, so stay tuned for more of the latest gaming news at Heavy.com. 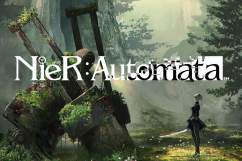