• Your starships aren’t just beautifully rendered vehicles for warping from place to place; they can also be taken into combat against your enemies. While each ship has its own stats, levels, star power and actions, they also come with empty Battle Stations. Assigning crew to Battle Stations allows you to take advantage of their unique ship battle actions, which can boost your ship’s stats mid-battle or provide devastating blows to your enemy. Make sure to reevaluate your Battle Station assignments as your crew members advance; sometimes your best option at Level One is no longer your best option by Level 30.

7. Be Commander, Captain and Admiral in the Battle Arena

• Speaking of ship battles, the most thrilling of these can be found in the Battle Arena, where you face other captains in combat. Each captain brings the best ship in their fleet and the best from among their crew to bear and competition can be fierce. Separate rewards are given for each division, so you can get the most rewards out of the Battle Arena by making sure to participate in all three. Reached the top? Don’t get comfortable; not only are other captains constantly gunning for your spot, but you must actively participate in the Battle Arena to maintain your standing. If you have not participated in fifteen days, you will lose your current ranking and fall to the bottom of your division.

8. Featured Crew for Events are Featured for Good Reasons

• Every week, Star Trek Timelines runs a limited-time Event. These events focus on an urgent problem facing the galaxy and offer the unique opportunity to obtain rare crew and better-than-normal reward payout on Faction Missions, Supply Missions or Away Team Missions. Like everyday missions, these too become harder and consume more time the deeper you go. But you have a secret weapon: Featured Crew, who, when used on an event mission, offer huge skill buffs, increased chances of success, longer survival times or other benefits that can help you make the most of an event. Even Lore can be useful from time to time.

10. Boost Shuttles at Night, Double Rewards in the Morning

• Faction Missions are a great way to keep earning those rewards while waiting for your chronitons to regenerate. When you first start sending away teams out in shuttlecraft, these missions take mere minutes, or even seconds. But the more faction missions you complete and the better your reputation with that particular faction, the harder these missions become and the longer they take. This is when every captain needs to get strategic. If you’ve triggered a mission that’s going to take the better part of a day, don’t send your shuttle out until you’re ready to go to bed. When you wake up, your crew will have returned, laden with rewards and training programs. For an even better morning, use a double rewards boost to ensure your crew returns positively collapsing under the weight of their spoils. 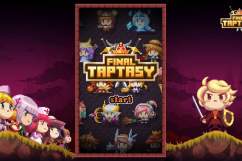