Xbox Live has announced their free Games with Gold lineup for the month of October.

Every month, Xbox Live rewards its subscribers with access to a small selection of free games for both Xbox One and Xbox 360. The Xbox 360 titles are backward compatible, so if you have an Xbox One, you can play all four titles every month. Even if you don’t have one yet, you’re welcome to claim the games and keep them in reserve until you upgrade your console. The games will be available in your library for as long as you have an active Xbox Live Gold subscription. For more details, see Xbox’s official Games with Gold FAQ.

Next month’s Games with Gold are as follows:

Mega Baseball (Xbox One): This indie arcade-style baseball sim was named Polygon’s Sports Video Game of the Year in 2014, and they claim it has one of the best pitching systems ever. It’s nonlicensed so it features completely fictional teams and characters, all of which are ridiculously-named and goofy caricatures that are bound to make you laugh, and also allows for character customization. Mega Baseball will be available for free from October 1-31.
The Escapists (Xbox One): This top-down strategy RPG, which is rated 9/10 on Steam, puts players in the role of an inmate trying to escape from prison. You accomplish this by crafting items and doing quests to build relationships with other prisoners and level up your character. The Escapists will be available for free from October 16-November 15.
MX vs. ATV Reflex (Xbox 360): The third installment in the MX vs. ATV series includes over 30 tracks and 60 official riders; you can also customize your rider with gear from more than 80 licensed motocross companies. It features multiple game modes such as Career and Rhythm Racing, as well as online multiplayer with up to 12 people. MX vs. ATV Reflex will be available for free from October 1-15.
I Am Alive (Xbox 360): This post-apocalyptic survival game from Ubisoft met with mixed reviews when it released four years ago, but some outlets (such as The Guardian) raved about the game’s realistically unforgiving nature. You play as a survivor desperately searching for his wife and daughter after a cataclysm known as the Event that wiped out most of the human race. I Am Alive will be available for free from October 16-31.

Check back to Heavy.com every month for the upcoming Games with Gold and stay tuned for all your gaming news. 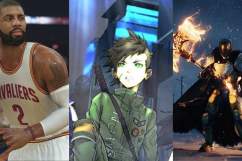