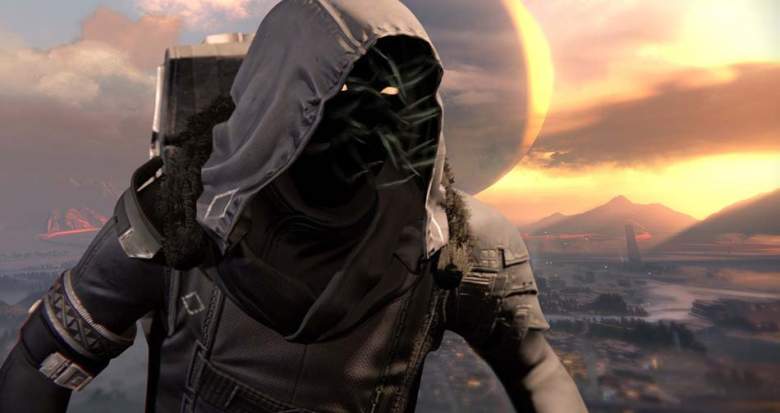 So with the newest iron Banner in full swing, Xur has decided to bring some special goodies that could affect how you play in the Crucible. In fact, almost all of his gear this time around seem to be PvP focused, which can be god or bad depending on if you enjoy the online competitive modes. This week Xur can be found by The Tower by The Speaker once more, as he his hanging precariously near the ledge off to the left of his door.  For Weapon Ornaments, Xur is selling the Queen’s Command for the Telesto and Shock Hazard for the Zhalos Supercell. Both of these will cost you 25 Silver Dust, which is fairly pricey if you haven’t been buying a ton of Destiny’s Treasure Boxes at Eververse.

Along with his spread of weapons and armor, Xur is also selling a Primary Legacy Engram and his usual assortment of consumables and materials. Here’s what Xur brought this week and what you should spend your hard earned Strange Coins on. 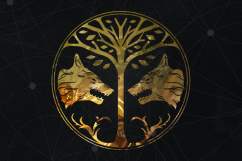 For those who don’t know, Amplify is a perk in the Striker subclass and will reduce the cooldown of your super if you kill enemies with Storm Fist. This can make the Thagomizers incredibly potent in PvE and PvP content thanks to the abundance of close-quarters combat that’s taken over Destiny. However, if you are planning on picking these up you will want to start working on a Strength/Intellect build for them. This makes the roll for Xur’s version just okay since it only gives a boost to Intellect when you’d ideally want to get both. However, they look badass on any Titan and should be picked up if you’re a fan of the subclass.

Okay, while you can use these in PvE, the Shinobu’s Vow really shines in any of the Crucible game modes. The enhancements to your Skip Grenades mean they lock onto targets sooner and are way more aggressive when chasing down foes. This can turn a Bladedancer into a force of nature with the right set up thanks to your Skip Grenades being far deadlier than one might expect. When fighting they really only leave two options for opponents: Run and try not to die with your back turned or get hit and lose a massive amount of health. Even though the straight Discipline roll isn’t ideal, pick them up anyway as a placeholder until you get the roll you really want.

Hey, are you dying a lot in PvE content or deciding to go play Trials of Osiris? If you said yes to either of these and don’t currently own this helmet then pick it up. Those are really the only two circumstances in which Light Beyond Nemesis deserves an exotic slot for your Warlock.

The Thunderlord is a very old, yet very solid machine gun that performs consistently in both the Crucible or any PvE content currently released. While many will be rocking the Gjallarhorn or raid rocket launcher, this machine gun offers a nice alternative for end game content. The large ammo reserves and the inclusion of the Feeding Frenzy perk makes it a deadly weapon that can do some great sustained fire. Plus it has a rather high impact, which means you can stun lock majors if you consistently headshot them with this gun. If you’ve never had the chance to use this weapon give it a try, though I suspect many players have 2 or 3 currently sitting in their vault.

Xur brought a ton of Year 3 goodies, which is always appreciated for those who don’t have the time to farm Three of Coins. However, the rolls for all of the armor is less than ideal since it won’t really give you a chance to max out your stats. With that being said, there is no reason not to pick up some Three of Coins packets as well, since many of us will be running Crucible matches thanks to Iron Banner. Just make sure to stagger their usage over a few matches so the cooldown timer can reset. Best of luck to everyone in the Iron Banner this week and may your RNG be kind to you.