This week will see the release of the highly-anticipated PSVR, and the list of game releases definitely reflects that.

The bulk of game releases this week will of course be either PSVR exclusives or VR compatible, but there are still a number of games to look forward to even if you don’t plan on purchasing PSVR. The majority of the VR titles look awesome and/or ridiculous, and might help convince you if you’re still on the fence about VR, such as RIGS: Mechanized Combat League. Non-VR titles include Dragon Quest Builders, which is one of the most purely fun games in recent memory, the latest Gears of War, which takes the series back to its roots, and this year’s WWE 2K. All in all, there should be something for everybody this week and plenty to keep you busy for a while, whether you’re jumping on the PSVR bandwagon or not.

Stay tuned every week for the latest video game releases and daily for all your gaming news. 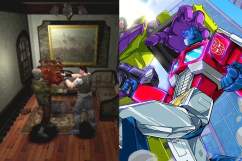