Here are the top 10 tips/tricks/cheats you need to know for Oz: Broken Kingdom.

• Visit the Emerald City daily and collect Bronze and Silver Coins. These coins can be redeemed at the Pool of Wonders to collect magical rewards which range from essence, hero abilities, keys and more.

• Collect 25 emeralds from the Emerald Tree every 24 hours from the time it was last redeemed. Emeralds are premium in-game currency which can be used to open timed chests and buy Pool of Wonders coins, energy and more.

• Evaluate your hero’s ability loadout before every battle, whether it’s a small two wave or four wave battle. Build your loadout with cards that leverage different mana costs and affinities to maximize your battle flexibility. Drag and drop the desired abilities onto the lower tray and tap to confirm your hero’s new ability loadout. You can change hero abilities prior to battle or via the abilities screen accessible from anywhere you see the Abilities Icon on the screen.

• Collect a variety of colored pearls to evolve your heroes in order to reach greater heights of power. Chests won after battle sometimes drop the various pearls you are looking for. To find out what pearls you need for each hero’s next evolution stage, visit the in-game Hero’s screen.

• Use the Raid feature to grind when you don’t have the time to play matches. It’s a great way to earn more XP and earn needed in-game rewards for your play. Energy is regained over time, and you can come back to the game later when you have time to advance stages.

• Earn one bonus mana anytime you defeat an enemy. Keep this in mind when you plan out your moves during battle because it may be key to pulling off a move which solidifies your victory in a tough situation.

• Defeat your opponents hero in PVP battle and automatically earn a 3-star victory which will push you towards opening Star Chests faster.

• Learn more about the ability cards you collect and upgrade. Tap on the desired ability card to get more details. Information ranges from what kind of damage the selected ability can inflict on enemies to any special effects that can be triggered when used. 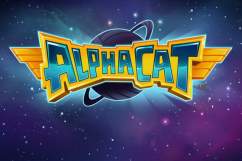