Since 1996, the illustrious Lara Croft has remained a staple in gaming. She’s traveled the world and become world famous due to her expertise at discovering ancient artifacts. While some of her entries did nothing but besmirch the good reputation of her series, she’s always managed to overcome her missteps and rise like a phoenix in much improved titles. Now’s the perfect cause for celebration; it’s the 20th anniversary of the Tomb Raider franchise. Rise of the Tomb Raider (once an Xbox One/PC exclusive) has finally traveled on over to the PS4 platform. Rise of the Tomb Raider: 20 Year Celebration is the ultimate edition of an adventure that was already amazing in its standard form.

Ms. Croft’s rise to fame as a renowned tomb explorer is wonderfully told in the 2nd installment of her prequel series. For those of you who’ve already finished this experience on the Xbox One/PC, you already know just how impressive Rise of the Tomb Raider is. Once again, Lara comes into contact with a sinister organization, otherworldly artifacts and a series of unfortunate events. All of the elements included here (survival tactics, item crafting, hunting, puzzle solving, tomb exploration etc.) gets wrapped up into a lengthy main campaign worth completing. This version of the game happens to include all the story DLC (“Baba Yaga: The Temple of the Witch” and “Cold Darkness Awakened”), which adds even more content to see all the way through. The addition of the “Extreme Survivor” difficulty level also provides a challenging alternative for more hardened players.

This PS4 port includes an astounding amount of substantial add-on’s. One of the highlights of this re-release is the puzzle-laden story chapter, “Blood Ties.” This bite-sized bit of gameplay places Lara within her family mansion, which is packed with all manner of secrets. It feels great to learn even more about the Croft family legacy and what led to the unfortunate ends of Lara’s parents. There’s no intense gunfights to involve yourself in, which isn’t a complaint at all.

Getting the chance to delve into Lara’s history through new documents and recordings is rewarding, plus her mansion is a puzzle within itself that has hidden corridors and collectible treasures. The more action-packed portion of the new content is the “Lara’s Nightmare” zombie survival mode. While the undead horde theme in gaming has grown tiresome, it’s at least enjoyable here due to the presence of the mansion and final boss encounter. Those two additional chapters, character skins based on classic Tomb Raider games and the Endurance Mode gives newcomers and veterans a lot to enjoy here.

The only complaint that can truly be lobbied at this title is the presence of glitches. There were instances where Lara gets overwhelmed by a flood of zombies and ends up falling right through the environment in an infinite loop. And from time to time, there were occurrences where Lara got trapped in random objects, which led to unnecessary frustration. When there’s a lot going on, the game tends to have a few noticeable errors that disrupt the smooth flow of Lara’s travels.

Rise of the Tomb Raider: 20 Year Celebration throws a party that fans young and old need to participate in. What’s featured in this package is hours of story content, a mode built entirely for fans of the survival genre, classic costumes and previously released DLC chapters. 1st-timers will get the ultimate bang for their buck with this version of the once Xbox One/PC exclusive. Hopefully the random glitches that rear their ugly head from time to time get ironed out in a future patch. All in all though, this re-release further rebuilds the once tarnished legacy of Lara Croft. 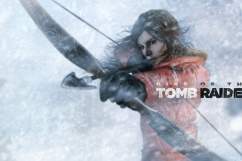 ‘Rise of The Tomb Raider’: 5 Fast Facts You Need to Know