The summer is behind us and now we look towards the Fall months (not the chilly weather, though).

Since September has began, we’ve come across a flood of awesome mobile games. Now that we’ve spent ample amount of time with the best of the best, we’re here to make sure you download them ASAP. One of the games we mention sets you up with a party of powerful heroes as you attempt to save the world of Oz. Then we have a cool monster collecting RPG, a crime-scene puzzler, a He-Man RPG where tapping is essential and a card-battler filled with FOX’s animated icons. These picks of ours cover a wide gamut of genres, so there’s something here for everyone.

Make sure you play all our top five picks for the best new (AND FREE!) Android games of September 2016.

The world of Oz is in peril. And of course, you’ll be called upon to beat back the evil plague attempting to bring down such a magical place. A new character (Ophelia Shen) hooks up with Oz’s standout denizens (Tin Man, Lion and Scarecrow) to save their kingdom. This heroic mission occurs through turn-based RPG battles full of amazingly visualized attacks. Your battles will take you to the parts of Oz you know so well, such as the home of the Munchkins and even Glinda the Good Witch’s Castle. There’s so much to appreciate here: the familiar locales/characters, fun battles/character upgrade mechanics, PvP encounters and dark representation of Oz. Oz: Broken Kingdom is a can’t miss RPG. 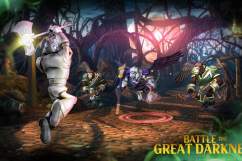 We’re sure people are still out here looking for all those cute creatures in Pokemon Go. And there’s a sect of monster collectors out there that get their kicks from Digimon. If you’re a frequent player of games where you’re tasked with collecting creatures for battle, then Monster Super League will be your next favorite. This anime-esque RPG gives you the chance to collect over 550 types of “Astromon.” Of course, you’ll have to do this by moving out into the field and capturing ’em all during battle. Best of all though…YOU GET TO EXPLORE THE WORLD IN A FRIGGIN’ AIRSHIP! That’s worth the free download right there. The dungeon crawling elements and social aspects of this game are just the icing on the cake for Monster Super League. 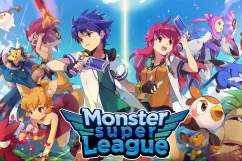 Skeletor is out for blood! He-Man is the hero we need at this point to help fend off his army of pure villainy. He-Man: Tappers of Grayskull is an RPG-focused title where your finger taps will lead you to victory. You and the other Masters of the Universe (She-Ra, Man-At-Arms, Teela, Battle Cat etc.) have tons of skills that are needed to defeat Skeletor. Pulling off those spiffy attacks means you’ll need to tap, swipe and follow the finger patterns needed to activate powerful magic spells. This 80’s cartoon icon finally has a game that’s loyal to his mythical adventures.

4. Animation Throwdown: The Quest for Stuff

Family Guy. Futurama. Bob’s Burgers. American Dad. And even King of the Hill. Animation Throwdown: The Quest for Stuff brings all of FOX’s animated icons together for a battle on an epic mobile scale. This card battler brings together all of these cartoon properties and spreads out its best characters over hundreds of cards. You’ll navigate through plenty of story chapters based on moments from each show’s greatest moments, so fans will get a kick out of the main campaign. The card battling here is strong, full of hilarious callbacks to each cartoon and the PvP elements on hand here will help you dominate even more in the Arena.

Everyone’s sat in front of their TV for hours-long NCIS marathons. That show (plus Law & Order) has amassed an audience that adores its episodes full of criminal investigations. On the mobile game front, Hidden Crimes does a fine job of replicating the crime solving elements of its television IP. As a newly appointed special agent for the NCIS team, you’ll handle everything there is do regarding finding the guilty parties involved. There’s a whole bunch of investigation types, puzzles and a few other gameplay surprises within this surprisingly fun adventure game. NCIS: Hidden Crimes is a brain teaser that you’ll constantly think about. Trust us cause we’re doing the exact same thing. 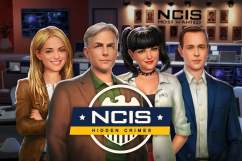 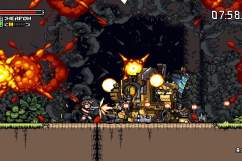