If you’ve noticed that the “Sightings” feature in Pokemon Go is suddenly gone, you’re not alone. It’s part of a new change that Niantic has recently made to the game. Many Pokemon Go trainers now have the “Nearby” tracker enabled, which they’ve been waiting on for a long time. The only problem is that right when this new feature was enabled for almost everyone, many trainers are reporting that they can’t find the Sightings feature anymore. What happened?

The tracking system has always been a problem for Pokemon Go players. It seems that Niantic can never quite get the feature right. Now, a “Nearby” tracker that was once only available in San Francisco has been enabled for almost everyone. This feature is a lot of fun and trainers are really enjoying it.

The only downside is that this feature only shows Pokemon who are at nearby Pokestops. The Nearby feature drills down to exactly where they are, showing you on a map. But the “Nearby” feature doesn’t show Pokemon in the wild.

That’s where the Sightings panel comes into play. This one shows you Pokemon that are near you but in the wild. This feature was enabled for everyone who did not have the Nearby tracking feature. And for people in San Francisco, they were able to see both: the Nearby tracker on top, the Sightings tracker below.

But now that the Nearby tracker has been enabled for almost everyone, it appears that the Sightings feature is now either severely diminished or completely gone.

In Niantic’s official announcement about the Nearby tracker being released in more regions, the company also noted:

We have changed the feature to only show the Nearby feature if a PokéStop is close to your location. In addition, we have also made changes to the way Sightings now works.”

“Changes” appears to mean that some people no longer see the Sightings panel at all or only if the Pokemon’s close enough to show up on their screen. This makes finding wild Pokemon a lot tougher.

One Redditor, nepbug, noted that the closest Pokestop was 1/2 mile from his home, but nothing shows on the Sightings panel unless it’s already close enough to show up on his screen anyway. Trainers are complaining that this isn’t a very helpful feature. If there are only a few Pokemon for the “Nearby” tracker, then it shouldn’t force out all the Pokemon on the “Sightings” tracker. In fact, when the Nearby tracker was first launched in San Francisco, it appeared to work this way. As you can see in the photo below, there’s room for more “Sightings” Pokemon. Today, many trainers aren’t seeing the Sightings panel at all:

In other words, it appears that you can only see Pokemon in your Sightings panel if they are also on your screen, and thus less than 40 meters away, according to trainers using the feature. Another problem with the changes is that trainers who used to track Pokemon through other means, such as via triangulation, now can’t use those methods.

Another problem is for people who live in rural areas. Some of them can now only see Pokemon at stops that are miles away via the Nearby feature, and aren’t seeing any Pokemon in the wild around them through Sightings anymore.

This isn’t the first time that Niantic changed its tracking system and angered players. In fact, many trainers really preferred the infamous three-step tracker that was available when Pokemon Go first launched. And some early adopters, who played when the game was only available in limited beta, remember a much better tracker ones that actually showed you how many meters away a Pokemon was. It looked like this:

How do you feel about the new Sightings and Nearby tracker changes? Let us know in the comments below. Then take a moment to let Niantic know. The company is seeking feedback on all its social media accounts. 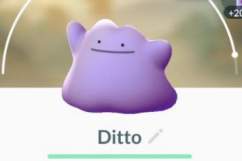 Ditto in ‘Pokemon Go’: Where & When Was He Captured?

Read More
pokemon go
Pokemon Go trainers are encountering a lot of problems with the Sightings feature now that the Nearby feature has been activated. Is Sightings broken?