October 2016 was a pretty strong month for games as a whole.

Several big-time console releases dropped and we got to check out some awesome mobile titles as well. We took the time to stare down at our mobile devices and transport ourselves into all types of varied worlds. If you enjoyed Mafia III, then its RPG spinoff mobile game should appeal to you. Along with that top quality pick, we’ve thrown another pick onto our list that gives you the chance to make a last stand against the zombie apocalypse. These two mobile games and our other picks round up our favorite releases from the month of October 2016.

So let’s get down to the nitty gritty and check out these incredible (and most importantly, free) Android mobile games.

New Bordeaux is a place that thrives on crime, which is an element that’s brought to life in Mafia III. This concept also comes to life in RPG form with the mobile release of Mafia III: Rivals. As a boss of your own with an illegal empire to lead, you and your mobilized allies will attempt to take down several rival gangs. This style of play does away with the AAA-open world experience of the console game and welcomes it into a game full of turn-based battles. The loot that comes your way will allow you to outfit your crew with guns, knives, brass knuckles, slick cars etc. There’s no swords and axes to equip here. Mafia III: Rivals’ era is far from mythical and close to the world of criminal minded antics. Take control of anything and everything in order to become New Bordeaux’s underworld mafioso.

Most mobile strategy games we’ve come across tends to head into the realm of building medieval fortresses and defending them from outlandish soldiers/creatures. Plus there’s a number of strategic mobile titles that take you into a modern/future landscape where better technology is utilized. Zombie Anarchy: War & Survival throws you right into the middle of the undead apocalypse and challenges you to do some efficient crafting/protecting. You’ll need to gather worthy survivors, attain rare resources, shoot/chop down zombies and build a safe haven for the living. Your army of survivors can also fight rival armies in PvP wars and gain even more goods in order to stay alive. Zombie Anarchy: War & Survival wants you to exterminate the undead and live to fight another day.

Over on the mobile JRPG front, Valkyrie Connect upholds the addictive party building and open-ended character customization it does better than many of its contemporaries. The animated party members you’ll acquire sport a chibi-like appearance, so the cuteness factor is definitely a factor here. Don’t let the game’s cute stature keep you from ignoring it altogether, though. Its strong story, exceptional real-time battle system, charming visuals and amazing looking Limit Burst attacks do enough to bring in interested players. And that group will eventually include you. Valkyrie Connect was a massive hit in Japan. Once you explore its sterling gameplay for yourself, you’ll soon understand why.

When you’re a knight with sword in hand, you’re used to saving your kingdom through active blade swinging. The main protagonist in Sir Match-a-Lot performs his heroic deeds by completing increasingly tough match-3 puzzles. During your journey through all sorts of cartoony kingdoms, you’ll collect fireflies who’s powers benefit you along the way. Your savior’s abilities are activated as you pick up all new sorts of armor, plus you’ll become enamored with all the additional loot you’ll assemble. Take on the role of Sir Match-a-Lot and save the world with your excellent puzzle matching skills.

My Little Pony is a hot commodity in the world of animated properties. It’s so popular that not only is it a hit with young fans, it has managed to birth a whole fan following of older gentleman called “bronies.” Puzzle Party gives you safe passage to Equestria and makes you the ultimate match-3 puzzle solver. All the ponies you admire make an appearance here as you climb to higher and harder puzzles: Twilight, Sparkle, Fluttershy, Pinkie Pie and Rainbow Dash. Use your power up’s wisely, party up after victories and enjoy yourself as you go puzzle solving in this splashy mobile puzzler. 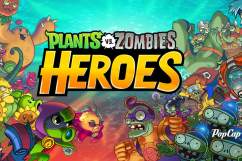