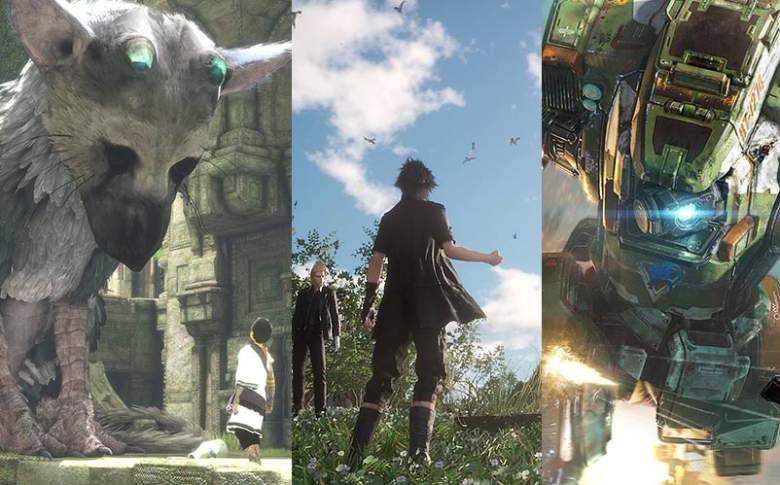 We’re right in the middle of the big holiday video game release season, and if you’re crafting your gift lists or wishlist, there is certainly no shortage of great (and potentially great) PS4 games for Christmas 2016.

In the midst of the hefty video game release calendar, there are long-awaited games, a few games that have risen to impressive levels of popularity throughout 2016, and new entries in longstanding franchises that offer a little bit of something for every type of gamer. Whether you prefer to grab your rifles and head into battle, grab a hammer and build things in a virtual world, or follow a unique and meaningful story, 2016’s video games has you covered. But especially to those parents out there who don’t know much about video games, it can be tough to pick the right video game to gift this Christmas. After all, if you buy a Call of Duty fan the newest Battlefield 1, you’re going to have one disappointed gamer on your hands.

Many of these games are going to be found on our list of daily toy deals (we are including video games there, too), so you might want to keep an eye on that post to score some loot. So what are the hottest PS4 games for Christmas 2016? Here’s our list of the best and most popular PS4 games this holiday season:

One of the most anticipated video games of the year is The Last Guardian, a project that Team Ico has been working on since 2007. Because of its long development cycle and delays, the potential for The Last Guardian to explode onto PS4 is huge. The story is told as a flashback from an older man recounting his experience as a young boy with Trico, a giant, feathered creature resembling a griffin. The name of the creature translates to “prisoner” and “baby bird”. The game has an encompassing narrative, and when you combine its story with the action-adventure and puzzle elements, you have the ingredients for it to be one of the hottest PS4 games for Christmas 2016.

Overwatch has taken over the gaming world, with millions of players already taking part in this hero-based shooter. There’s a lot to love about Overwatch: its crazy band of unique characters, its frenetic gameplay, and its competitive nature, to name a few. The characters are mostly well-balanced (excluding Genji, in my opinion), and the best part about the game is finding a few characters that speak to your style of gameplay. Whether you want to keep your friends alive with Lucio’s heals, demolish the opposition’s turrets with Pharah, or protect your team from taking damage as Reinhardt, each character plays differently and you’ll likely find a few that you’ll want to play as. Personally, I mostly gravitate towards Hanzo, Reinhardt and Lucio, but again, there’s a hero for every type of gamer. What’s more, Blizzard provides frequent updates and balance changes, including maps and new characters, and there has already been special events and new modes added with each one. If they aren’t playing Overwatch already, it’s probably the best game on this list.

Call of Duty is the game that gamers love to hate nowadays, but ignore the trolls — the game will sell millions of copies. This year’s new Call of Duty is Infinite Warfare, and it brings the series to the future and into space. In the game, players can visit different planets, satellites and asteroids in the solar system. The game will also overhaul the class system seen in previous games’ multiplayer modes, with pre-made class loadouts tailored to different playstyles. For example, if you’re a run and gunner, you can select the Synaptic rig, but if you’re a stealth-type player, Phantom rig is the way to go. There’s also a new zombies mode this time around, which lovers of 80s’ retro things will love.

But this year’s biggest selling point isn’t Infinite Warfare, itself — it’s the fact that there’s a special edition that comes with a copy of a remastered version if Modern Warfare, which is widely considered to be the best game in the franchise. All 16 multiplayer maps are remastered and updated, as well as the entire campaign. If the person you’re buying a gift for this holiday season is into shooters, it’s likely that Call of Duty: Infinite Warfare is at the top of their wishlist.

The sequel to 2012’s Dishonored is set to hit stores in just two weeks, and fans of the franchise can’t be more excited for it. Dishonored 2 will allow players to play as Empress Emily Kaldwin or Corvo Attano, and they can play with stealth or they can jump in and go crazy. On top of that, players can complete the entire game without taking a single life. The game introduces non-lethal combat moves — something you don’t often see in video games.

The story is set in Karnaca, the capital of Serkonos, a coastal city in the south of the Empire of the Isles, and it’s set fifteen years after the first Dishonored game. Corvo has restored Emily to the throne, with Dunwall prospering under her reign. Suddenly, the Empress is dethroned by an “otherworldy usurper”, resulting in Emily becoming an outlaw to society. Players will set out to restore the throne.

Dishonored 2 looks like a Game of the Year contender, and that’s why it’s included on this list of the hottest PS4 games for Christmas 2016.

The Final Fantasy franchise’s popularity is at an all-time high, and Final Fantasy XV is even going to bring those who don’t play the franchise into it. Final Fantasy XV will bring the franchise to an open world for the first time (albeit for half of the game). There’s also a ridiculously cool-looking flying car. So, there’s that. The game will use the Active Cross Battle system similar to games like Kingdom Hearts, where instead of coursing thru a menu interface, players will select commands directly mapped to controller buttons.

The game will follow Niflheim’s plot to invade Lucis to steal the world’s last crystal after duping Lucis with a false treaty. Following the departure of Noctis, Gladiolus, Ignis, and Prompto from Lucis, Niflheim sneaks in, lays waste to the crown city of Insomnia, killing King Regis and Lunafreya. Noctis and his band of brothers will journey back to their kingdom and retrieve the crystal, defeating Niflheim’s forces.

As far as how the visuals look, well, stunning, to say the least. And, in typical Final Fantasy fashion, the soundtrack appears to be on an entirely other level as well. We’re incredibly anxious to jump in and explore the game world. 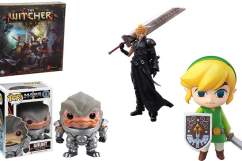 There’s no denying that the original Watch Dogs was a hot mess, so you might be surprised to find its sequel, Watch Dogs 2, on our list of the hottest PS4 games for Christmas 2016. But we have it on good faith that Ubisoft has learned from their mistakes with the first game in the franchise, and the sequel looks much more formidable. Watch Dogs 2 looks to have a more active open world, more hackable objects, and it looks massive. Also, we just recently learned that there’s drone racing in Watch Dogs 2, and I think that’s just incredibly awesome.

Titanfall 2 is a victim solely of its own release date. It released alongside Battlefield 1, and Call of Duty: Infinite Warfare isn’t far behind it. So, it is basically lost in the sea of what appears to be more formidable FPS games, but having spent many hours in both its multiplayer and campaign modes, Titanfall 2 is a much better game than its predecessor and it deserves to be in talks for 2016’s game of the year. The gameplay is incredibly smooth on PS4, and each match is highly competitive and fun. The single player campaign is even better than we thought it would be, and multiplayer has enough depth to keep us busy for at least a few months. On top of that, Respawn and EA promise entirely free content updates with no DLC — an interesting move you don’t see with other video games right now. We also included Titanfall 2 on our list of the best cool gifts for boys in 2016.

World of Final Fantasy is also another game that’s going to be greatly overlooked when it comes to the many hottest PS4 games for Christmas 2016 lists are concerned. That’s not because it isn’t a great game — it is — but because of Square’s severe lack of marketing and focus on Final Fantasy XV. But there’s a lot to love about World of Final Fantasy, which plays like a FInal Fantasy version of Pokemon. Battles are fun, the characters are cute, and the game has over 100 hours of content. It was a pleasant surprise, given the fact that Square Enix hardly even mentioned World of Final Fantasy before its release. Don’t believe us? Check out its Amazon reviews, which has it at a 4.7 out of 5.0 stars.

Battlefield 1 is the best first-person shooter of the year. Yeah, I said it — and I stand by that statement. It brings gamers into WW1 scenarios in both its campaign (which is one of the most interesting ideas for an FPS campaign) and in multiplayer. You’ll swing sabers atop a horse, ride tanks and old fighter planes, and you’ll use classic, bolt-action rifles which feel oh so good. The general vibe given off of Battlefield 1 is that it is more visceral in nature than previous iterations in the franchise, shining a light on the up close and personal nature of war during World War I.

As far as the campaign is concerned, it takes five different storylines that play like mini campaigns for each, telling a different side of the World War 1 story with each character. Brilliant.