CapCom Cup, the yearly fighting game tournament held in California, is just hours away. What’s the schedule this year?

For 2016, CapCom Cup is spread out over two days: Friday, December 1st and Saturday, December 2nd. The first day’s schedule will consist of:

The second day’s schedule consists of:

CapCom Cup 2016 will take the form of a double elimination bracket, with matches being best three out of five.

The following 32 players will be participating in the event:

The man to beat is Infiltration, the player who has delivered the most successful performance this season and who came in seventh place last year. Another player to watch is Tokido, who came in ninth last year but who won first place at Community Effort Orlando earlier this year.

Over $300,000 in prizes will be awarded at CapCom Cup 2016, with the winner taking home over $100,000. It is the first CapCom Cup during which players will be competing in Street Fighter V, which was released in February 2016. 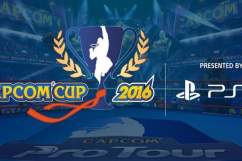 CapCom Cup 2016 Prize Pool: How Much Money Is Up for Grabs?