Niantic has announced that Pokemon Go trainers will soon be able to hatch baby Pokemon from their eggs. But when will this new feature get started? The good news is that it’s already happening.

This time around, you won’t need to wait for an update in order to take advantage of the latest feature being added to Pokemon Go. This latest change is a server-side update, which means that it’s available immediately without your having to update anything.

According to Niantic, Togepi and Pichu are hatching from eggs:

Starting later today, Trainers will have an opportunity to hatch these and several other Pokemon that were originally discovered in the Johto Region in Pokemon Gold and Pokemon Silver video games. These are the first of more Pokemon coming to Pokemon Go over the next few months.

This means that you should probably go out and start gathering some new eggs now. Niantic’s announcement also said that a limited-edition Pikachu would be available “later today,” and trainers had already spotted it minutes after the announcement. So you should start looking for new eggs now, too. Remember — the eggs you already had before the change was announced won’t be turning into the new baby Pokemon. Which Pokemon are in which eggs is determined at the time the eggs are caught, not at the time they’re hatched. So if you want the new baby Pokemon, you’ll need to start collecting eggs right away.

In fact, one Trainer reported that he picked up a 2km egg right after the announcement and has already hatched an Igglybuff. 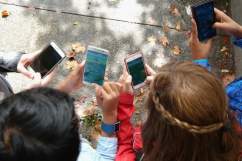 ‘Pokemon Go’: Which New Pokemon Are Being Added to the Game? 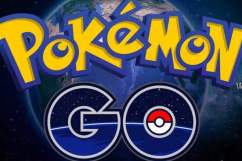 ‘Pokemon Go’: When Will the Holiday Pikachu Be Released?