UPDATE: Super Mario Run is now available! As expected, the game hit the app stores at about 10:00 p.m. Pacific Time today. Head on over to the app store on your device now to purchase it.

Mario fans all around the world are anxiously awaiting the release of Super Mario Run, the first Mario game to be available on iOS devices. It launches today, December 15th, but at this time, the game still isn’t on the app store. So when will it come out, exactly?

Neither Nintendo nor Apple has put out any official information about the launch time, so players are pretty much in the dark on this. But it’s widely speculated that the game will hit at around 10:00 a.m. Pacific Time, 1:00 p.m. Eastern Time. That’s because this is when iOS updates are traditionally released; it’s near the beginning of the work day for employees on the West Coast, although this is a mighty inconvenient time for players around the world.

This time would also make sense because it’s Apple that decides what time an app is released, not the game developer, according to Mic. The developer decides what day it comes out, but Apple sets the actual launch time, and they sure are a fan of 10:00 a.m. Pacific based on their past behavior.

Another hint? 10:00 a.m. Pacific Time just happens to be when the review embargo for the game lifts, according to Touch Arcade.

Super Mario Run is the first ever Mario game to be released on Apple devices. The idea behind it is that players can experience the entire game while only using one hand, as Mario runs automatically and tapping the screen makes him jump. The game is also played in portrait mode. Other than that, it’s a traditional Mario platformer with the same graphics as the New Super Mario Bros. series.

What’s particularly interesting about Super Mario Run is its pricing. The mobile app costs $10, and it remains to be seen how many gamers will be willing to fork over that kind of money, especially in the wake of wildly successful free-to-play games like Pokemon Go.

Nintendo doesn’t seem concerned about that, though, and Super Mario Run is expected to make $60 million in revenue in its first month and reach $1 billion downloads, according to Gamestop.

Although the game is not quite out yet, you can be the first to know when it is released by setting up a notification for yourself. To do so, head over to the app store now and search for “Super Mario Run.” In place of the normal download button will be a “notify” button, and so you will be alerted the exact moment the game finally goes live.

Check back in later today for updates about Super Mario Run.

Read more about Super Mario Run in Spanish at AhoraMismo.com: 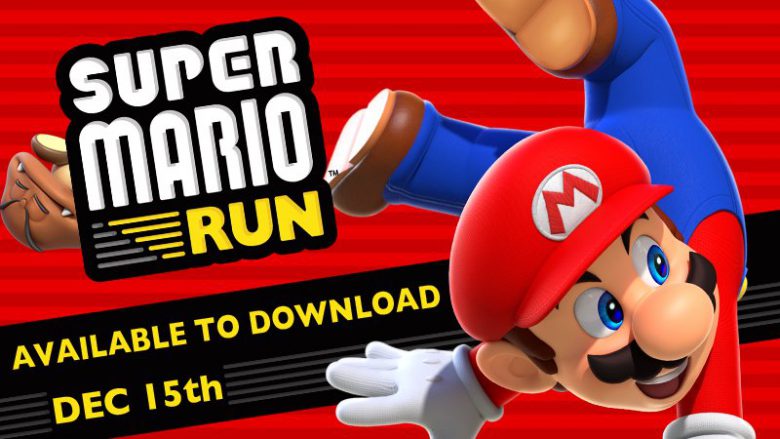