If we’re going to speak on 2016’s best video games, then we have to delve into the ones that returned for the better.

Remakes and remasters are still a trend in the world of gaming (which is a good/bad thing, depending on who you are). Plenty of past titles that didn’t get the appreciation it deserved upon release have been updated for the better. Collections that featured outstanding experiences spruced up those games for loyal/future fans. And even some of these picks we’re about to recommend added in new content and streamlined the experience for today’s gaming audience. Return to these games (that have gotten a new lease on life) ASAP.

These are our “definitive” picks for 2016’s finest video game remakes and remasters.

Near the late-end of the PS2’s life cycle, a slew of underrated and sadly ignored titles graced the console. The original version of Odin Sphere happens to fall into that category. It was Vanillaware’s passion project, which is why it’s no surprise that the Japanese developer revisited it for modern Sony consoles. Odin Sphere Leifthrasir not only updates the visuals and makes the art pop even more, it also streamlines the game’s problematic mechanics for the better. Characters now have the ability to perform more defending/dodging actions, new enemies/bosses were added and the melee combo action got vastly improved. Fans of Muramasa: The Demon Blade and Dragon’s Crown should make sure to check out this quality remaster. 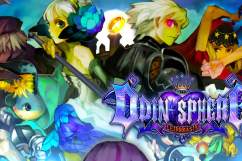 Call of Duty truly morphed into the FPS franchise to beat when Modern Warfare launched in 2007. While some fans have moved on from the more futuristic-centric entries in the series, Activision made sure to bring some fans back with a remaster of its classic entry. Call of Duty: Modern Warfare Remastered did an incredible job refining the visuals by enhancing the textures and adding high-range lighting. Besides that, the super memorable campaign is kept intact along with its quality online multiplayer suite. The only caveat to getting this remaster is the fact that it only comes as a part of the Infinite Warfare package (which isn’t all the way bad). Might as well get the latest COD with an even better rendition of Modern Warfare.

2016’s Ratchet & Clank isn’t so much a remake or a remaster; it’s a “re-imagining.” Ignore the lackluster film based on Insomniac Games’ platforming icons and just play this incredible game. Playing this thing will have everyone around you thinking you’re watching the latest Pixar movie. Yeah, it looks THAT good! Along with the amazing visuals, it throws in the best parts of past installments in the series in order to make this the best way to revisit the very 1st game. There’s a bunch of varied action setpieces, tons of collectibles, new weaponry (the Pixelizer is amazing in action) and the game’s not just some easy cakewalk. Take on the challenge of Ratchet & Clank. You won’t be disappointed. 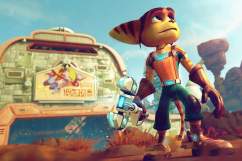 ‘Ratchet & Clank’ (PS4) Review: Come for the Furry Lombax, Stay for the Guns

It’s sad to say this, but this PS Vita original didn’t have much of a huge audience due to its portable exclusivity. When the gaming world learned that it was coming to the PS4, us and everyone else rejoiced. Gravity Rush Remastered brings such a vibrant, action-packed adventure back to life in the best ways possible. Of course the graphics have been spruced up even more. But it also adds in all the DLC that’s been previously released (we’re talking a ton of additional missions) and motion controls that’s powered by DualShock 4. Nothing is lost in translation with this quality remaster.

One of Sega’s most slept-on releases has to be their interesting take on strategy RPG’s – the cult hit known as Valkyria Chronicles. Originally released in 2008, this tactics driven experience brought the best elements of 3rd-person aiming/shooting and strategic movement together. It featured a tightly woven plot that delved into the harsh realities of war. If you happened to miss it beforehand, Sega did you a solid by bringing it back to modern consoles. This remastered take on such a strong RPG features redone visuals, past DLC, English/Japanese vocal audio and the same excellent gameplay it’s known for. 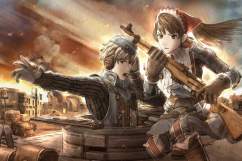 One of the more divisive entries in the long-running adventures of Link is the GameCube/Wii entry Twilight Princess. For those who actually enjoyed this darker take on The Legend of Zelda, Nintendo did right by you be re-releasing it for the Wii U. The game’s HD edition features Wii U GamePad compatibility, which makes accessing the map and Link’s expansive inventory a simpler affair. That fancy looking Wolf Link Amiibo that comes with it grants you access to a whole new dungeon (the Cave of Shadows), so there’s a new piece of content there if you’re looking for it. Add in the new difficulty mode and you arrive with the best version of Twilight Princess.