Here are the top eight tips/tricks/cheats you need to know for Immortal Conquest.

1. Mix and Match Your Heroes for Maximum Damage

• Not all alliances are created equal and it will be important to think strategically before you team up with other conquerors. In the early stages of the game everyone is at the same level, so try and make alliances with neighboring players to make use of their territories and occupy resource-rich land. As the game progresses, players should begin attacking weaker cities to begin building their empires. Not until late in the game should players begin befriending distant empires to coordinate all out war.

3. Manage and Enhance Your Skills

• In Immortal Conquest, skills are critical components that determine the capabilities of the Gairo and have a huge impact on the outcome of battles. The key to victory is to deploy and group different skills according to the different battle scenarios. Players can use gems and coins to get skill experience which can then be used to add or enhance your Gairo’s skills and better utilize them on the battlefield.

• Players can create new skills through research or through dismantling the less useful skills that they already have. A skill that has been obtained through research cannot be learned directly; you need to continue to research this skill in order to learn it. Be sure to pick your skills wisely as they each have different uses including damage, restoration and statistical buffs.

5. Use Coins to Expand and Strengthen Your Empire

• When upgrading with coins, be sure to upgrade Titan, Nordic, Celtic and Egyptian temples as soon as possible; this will allow you to have more choices when it comes to drawing a Gairo. If you want an alliance, be sure to save up. Alliances cost 5,000 coins to form, but the added resources and troops that are gained can be a real game changer in combat. Spring for additional building slots in the early stages of the game as the earlier you upgrade your buildings, the easier it is for you to occupy land later in the game.

6. Laying Siege to a City Has Its Own Strategies

• When conquering other cities, utilize your Gairos in siege teams for maximum effect. Although similar to combat teams, siege teams perform best with rare infantry Gairo, when equipped with the Siege Machine skill and especially when complemented with infantry that utilize the Praise skill. When choosing the rare Gairo, it’s better to choose one with a high siege value such as Var, Triton, Ajax and Calatin.

7. To the Victor Go the Ruins

• During PvP battles, players fight for territory and resources but they also fight for crucial ruins. If you occupy the ruins of your opponent’s sub-city, you immediately inherit the levels of all the buildings (except the government hall) without any need to upgrade them from the ground up. This can mean advanced lumber mills, iron mills and more are just waiting to be taken.

• When Immortal Conquest first begins or when the map refreshes after a total conquest has been achieved, there is a 48-hour truce in which players can focus on developing their strength and occupying land. It’s important to use this time to expand and level up because once the truce is over, the true immortal conquest begins. 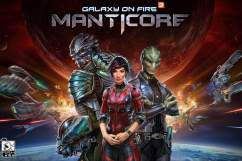