Here’s our next collection of awesome Xbox One games that graced gamers in 2016.

Taken from Game Review: Just when it seemed like the Lego games were getting a bit tiresome, here comes Star Wars to freshen up the formula. This whimsical take on The Force Awakens features everything that fans of Traveller’s Tales games’ love: great puzzles, hilarious jokes, hundreds of playable characters, plentiful secrets and overall fun gameplay. The additions of cover shooting mechanics, space dogfights and side quests that offer deeper lore into the world of Star Wars are all welcome. For those of you who need a reprieve from the Lego games, this release probably won’t bring you back into the fold. As for everyone else, this action platformer is a must play. 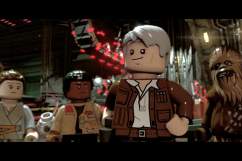 When the team that delivered Limbo announced their latest project, the anticipation for it hit a fever pitch. The fanbase that grew to appreciate its deep narrative and immersive gameplay knew those elements would carry over to this new game. When Inside finally arrived, it quickly grew into an experience that made gamers try to come up with their own explanation of its dark adventure. The nameless boy placed in the middle of Inside’s dark, tumultuous world had to brave various dangers. All the while, players were left to discover the true machinations behind a grave scientific experiment. The ending sequence left an indelible mark on anyone who watched it unfold. Inside is visually striking, haunting and simply a game that no one will easily forget.

Buy an Xbox Gift Card here so you can digitally purchase Inside.

The aliens actually pulled it off. Even though the human race employed the aid of their extraterrestrial fighting force to combat them, they still took over planet Earth. They’ve also taken over the human race, plus it seems like they’re not the benevolent leaders they were painted as. But we all know that their good nature is nothing but a farce. The XCOM resistance has returned and they’re ready to take back their home planet from those alien invaders. XCOM 2 features the same addictive strategic gameplay and custom character creation we enjoyed before. The combat now moves at a faster pace, so you need to be even more careful and not lose your most prized soldiers. The enthralling campaign and intense fight to reclaim Earth from a dangerous alien race propelled us to give our all in XCOM 2.

Taken from Game Review: Deus Ex: Mankind Divided sticks to a formula that still works. We were pulled into a world strife with bigotry, covert organizations and pure chaos as a powerful augmented agent looking for answers. The game’s constant push to help you discover the truth behind the world’s declining health comes through in the form of a great story. The gunplay, stealth and new augmentations do a great job of keeping things fun while you help push along the plot. There’s so much to do, see and hack into throughout Mankind Divided’s full content suite. While the bevy of technical problems halted our fun from time to time, we still couldn’t wait to head back into Adam Jensen’s fragmented future. 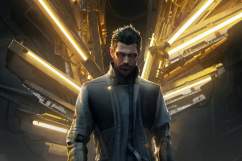 The official game of last year’s FIA Formula One World Championship encapsulates the full F1 racing experience. One of the world’s most prestigious (and fastest) racing leagues gets a respectable representation due to this game’s implementation of popular drivers, teams and tracks. The pre- and post-race presentation is on point, the racing itself feels as close to the real thing as possible and everything looks amazingly detailed. F1 2016’s new and improved career mode added on an even lengthier season that evoked the same passion and undying determination displayed by this racing league’s competitors. Serious sim racing fans would be a fool to miss out on F1 2016.