Once Rare Replay came out, it reminded everyone of how open-ended and entertaining Rare’s N64 platformers are. Playtonic Games is reaching back into that era of huge platforming/collect-a-thon games for their 2017 release. Yooka-Laylee adds the charm and 2-animal team-up mechanics that the old Banjo-Kazooie games had. This spiritual successor partners up a very mobile chameleon with an incredibly snarky bat. If you loved everything about those past N64 platformers, then Yooka-Laylee is what you’ve been waiting years to play. This is one of the few Kickstarter-backed projects that we trust wholeheartedly.

Pre-Order Yooka-Layley for Xbox One here.

The JRPG scene is getting a bit crowded with upcoming releases, but that’s actually a nice problem to have. Once you’ve spent enough time saving your Noctis’ kingdom in Final Fantasy XV, make sure you bring all that Square Enix enthusiasm to Bandai Namco’s Tales of Berseria. This title is going to tap into more mature themes for its plot this time around. The lead heroine Velvet Crowe is out for revenge and she’s going to do it alongside a party full of interesting allies. The fast-paced battle system returns with even smoother maneuvering, plus the new Soul Gauge, Break Soul and Switch Blast mechanics showcases even bigger finishing moves. Tales of Berseria is a January 2017 release you shouldn’t ignore. 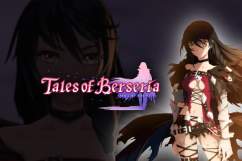 ‘Tales of Berseria’: 5 Fast Facts You Need to Know

Now that we’re up to speed on Kat’s ventures into gravity-defying battles, we’re fully prepared to enjoy her upcoming quests. Gravity Rush 2 brings her back and this time she’ll adopt two extra fighting styles (light and heavy attacks help add some variety to her airborne arsenal). Gravity Rush 2’s demo put everything that’s great about the game on display – lovely cel-shaded graphics, pleasant music, an additional character who’s surrounded in mystery and some fun missions. As a series that’s moved on from the PS Vita to the PS4, it might finally garner the massive fan adoration it demands. 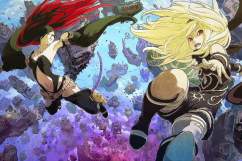 Go check out the viewer numbers on the reveal trailer for Rockstar’s next foray into the Wild, Wild West. That should tell you how hype everyone is for the next chapter in the ongoing Red Dead Redemption saga. Red Dead Redemption 2 looks to be another open-world gem that’s going to pull in a ton of awards if it truly drops this year. The rumors about this game has us combing through gaming forums looking for facts. Multiple characters? A prequel storyline? An even bigger world to hunt, shoot and go horse riding in? We don’t even need a ton of official details about Red Dead Redemption 2 and we’re STILL excited for it.

The Japanese gaming audience have heaped plenty of praise upon this JRPG already, so we already know that it’s far from a letdown. Persona 5 is the stylish sequel that we knew was going to grace the PS4 after the excellence that is Persona 3. We’re already huge fans of the cast (that huge cat thing is plush doll material!), the relationship-building components return and the dungeons look as flashy as expected. Becoming a “Phantom Thieves of Hearts” means we’ll have a ton of fun stealing all that bad mojo from people’s hearts. Persona 5 presents a trippy premise to a series that’s known for being so outlandish and boisterous. 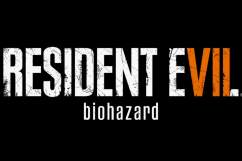