We now know who’s going to make her debut as a fighting member of the ongoing Street Fighter saga. To our surprise, it’s none other than Gill’s loyal assistant, Kolin. If you made your way through SFV’s Cinematic Story Mode, you obviously saw Gill bestow a new set of powerful ice abilities upon her. Kolin puts them to good use and fights on behalf of the secret Illuminati organization.

Now everyone can look forward to taking her in the lab when she’s released on Feb. 28 along with her four costume options. One of those options is her Street Fighter III Nostalgia outfit (we’re still waiting on Nostalgia sets for Ibuki and Alex, Capcom!). As for the much requested character balance changes, Capcom is aware of them and an announcement is expected to drop in March. You can check out her debut trailer above and read up on her official moveset down below courtesy of Capcom Unity:

– V-Trigger: Diamond Dust – With a full V-meter, Kolin can slam the ground twice with her foot, each time shooting out a path of sharp icicles across the floor. In addition to damage and stun, this move freezes the opponent’s stun gauge. While in this special state, the stun gauge will not deplete and if Kolin is successful in stunning the opponent, they will be frozen in place.

– Critical Art: Frost Tower – Kolin dashes forward with a slice of her hand. If the attack connects, she’ll continue summoning large icicles from the ground, throwing the opponent into the air and shattering the ice to drop them to the ground. 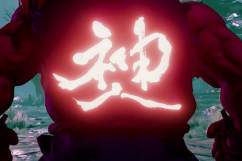