Pokemon Go‘s latest update has opened up an entirely new playing field for trainers. Now you can find new special items, including evolution items, and use them to help evolve Pokemon. But just how rare are these items? What are their drop rates and where can you find them? Evolution items are used to evolve certain Generation 1 Pokemon into Generation 2. They can be used with candy or on their own. (See Heavy’s story on how to use the evolution items here.) In addition to the evolution items, players can also find new types of berries to help them catch Pokemon.

Here’s what we know so far about the drop rates of these special items. We’ll update this story as more information is available.

The evolution items are: Metal Coat (to evolve Onix into Steelix and Scyther into Scizor), Dragon Scale (to evolve Seadra into Kingdra), King’s Rock (to evolve Poliwhirl into Politoed and Slowbrow into Slowking), Sun Stone (to evolve Gloom into Bellossom and Sunkern into Sunflora), and Up-Grade (to evolve Porygon into Porygon 2.)

In addition to the evolution items, we also now have two new berries: Nanab and Pinap. Nanab can slow the movement of a Pokemon and make it easier to catch. Pinap doubles the amount of candy you get from catching a Pokemon. Remember, with berries you can only use one type of berry on a Pokemon when catching it.

So how do you get these new special items?

The exact drop rates aren’t known yet, but it appears you are much more likely to get the new berries from Pokestops than the evolution items, which appear to be pretty rare in most cases. Some trainers have reported having better luck finding evolution items once they hit their seven-day Pokestop streak. So you might pay attention to whether you get a special item when you hit this point or when you do your first daily spin of the day. Let us known in the comments below if you notice a pattern.

Pokestops aren’t the only way to get special items, however. Some level-up rewards also include Pinap and Nanab berries. It remains to be seen if evolution items will also come from other locations.

We will update this story if drop rates become known for specific evolution items. 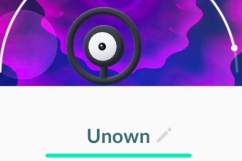 Has Unown Been Found in ‘Pokemon Go’? [PHOTOS]