Ditto has been seen in Gen 2 (Reddit/zanillamilla)

Now that Pokemon Go has released the new Generation 2 Pokemon, some trainers are finding a surprise. Some of their Generation 2 Pokemon are transforming into Ditto. When Ditto was added to the game not too long ago, trainers were excited because they had been waiting a long time for Ditto. But now, for the first time, some trainers are feeling disappointment when their newly caught Pokemon turn into a Ditto.

Here are the Pokemon from Generation 2 who reportedly have turned into Ditto so far, according to Reddit’s The Silph Road and PokemonGo communities.

Many trainers are reporting that their very first Gen 2 ended up being a Ditto, which they said felt almost like Niantic was trolling them.

Damn you Ditto! I thought I had captured a Hoothoot & it turned into a freakin' Ditto! Grrr!#Pokemon #PokemonGO

Here’s a video of a Hoothoot transforming into Ditto:

So far, there haven’t been any other reported sightings of Ditto in Generation 2. If you run into Ditto, let us know in the comments below. 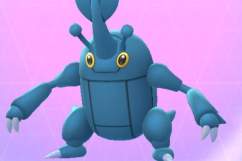