These are our top picks for the best Android action games from January 2017 that you need to play.

Aw, they’re so cute…until they lob a grenade over to your army of own big-head mode soldiers. WarFriends is a new tactical shooter from the developers who gave us Mega Dead Pixel. Electronic Arts took note of Chillango’s game creation skills, which is why they partnered with them to release this miniature take on strategic firefights. When you place your boots on the battlefield, you’ll have your head on a swivel as you dodge incoming bullets, place new soldiers on the field to protect you and employ the use of stat-boosting WarCards. You can take your shots at the AI solo or make a play for the online leaderboards by engaging in co-op deathmatches. WarFriends has a unique look and an addictive gameplay loop that’s perfect for warheads.

Shoot ’em up’s are top of the line arcade mainstays. We love them even more now that we can play them and nervously twitch as we dodge bullets on our home consoles. These games feel perfect on mobile devices, which is why we have to applaud the retro stylized Z-Exemplar. If you spent hours playing horizontal SHUMP’s (R-Type and Gradius immediately come to mind), then you’re going to sink even more time into this one. And for those who grew up with the visual makeup of games released for the ZX Spectrum, you’ll really appreciate this modern classic. The numbers game is major here – there’s 960 planets to conquer, 10 overall planetary themes, 21 weapon types and hundreds of enemies to shoot down. Z-Exemplar is a retro SHUMP personified.

Ninjas are cool. Playing as a ninja in a video game is a proven formula. Shadow Blade: Reload knows this very well, which is why they give mobile gamers the opportunity to do just that. This action-packed platformer is all about you taking control of Kuro. As Kuro, you’ll master his ninjitsu skills by slashing foes with his katana and flinging out a swath of shurikens. The visuals evoke the feel of a comic book, so you’ll feel like you’re actively participating in your favorite weekly animated adventures. The main campaign features a wealth of stages to explore, major boss fights and additional challenge modes to master. Shadow Blade: Reload is a ninja fans’ dream come true.

Ben 10 happens to be one of the more popular Cartoon Network properties to launch after the glory days of The Powerpuff Girls and Johnny Bravo. The entire concept of a young hero who can change into a bevy of alien lifeforms resonated with a lot of young folks. Within this infinite runner lies all the characteristics of the series people adore so much. Players can tap into the abilities of Heatblast, Four Arms, XLR8 and more as they chase down baddies and pick up collectibles. Each of these alien life forms work much better in some situations, so it pays to keep a close eye on all the paths you discover. There’s a big sense of progression here as you travel across farther distances, discover alternate paths and defeat Ben 10’s rogue’s gallery.

Disney’s latest 3D animated film was a fun little romp through Hawaiian culture. Moana introduced youngsters and their willing parents to new characters such as Moana, Maui, Pua and Heihei. Moana Island Life brings you back into the bright and sunny locales of the movie for an island building adventure. Besides making sure your new seaside home is amazing, you’ll also get to sail out to nearby islands and get acquainted with the friendly denizens living there. You can construct your own wildlife sanctuary, farm a wealth of crops, craft all types of helpful tools and trade items with friends. Even with all those activities, you’ll also hop into Maui’s Challenges and make a play at getting awesome rewards. Moana Island Life is the perfect island builder for younger mobile gamers. 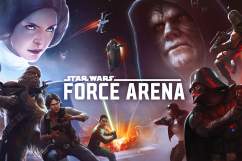