Taken from Game Review: Pro Evolution Soccer 2017 remains at the top of the food chain when it comes to quality soccer simulations. It does a much better job of welcoming new players into the fold thanks to its incredibly boisterous tutorial mechanics. After getting through each lesson, you’ll be properly prepared to take on all comers on the field. The gameplay on the field is still an incredible endeavor, plus the modes that allow you to run your own club and create your own player are still a pleasure to hop into. The lack of some popular soccer club licenses and the sometimes awkward player animations are sore spots within an otherwise perfect game. PES 2017 is still a class act on and off the field. 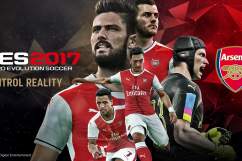 Taken from Best Xbox One Games Description: While some soccer fans stick to Konami’s PES franchise, the majority of them flock to EA’s own take on the sport on an annual basis. Judging by the overall critical reception and sales of FIFA 17, it’s safe to say that EA Canada hit another game winning goal. FIFA 17 excelled due to its stronger player AI and bigger emphasis on offensive techniques. The biggest addition to the game came in the form of a career mode akin to the ones featured in NBA 2K. As Alex Hunter, players carefully navigated through the trials and tribulations of a Premier League footballer. This mode’s bigger emphasis on efficient storytelling turned out much better than expected. FIFA 17 tried something new with its career mode, spruced up its already excellent gameplay and featured the strong presentation it’s known for.

Taken from Game Review: The Dragon Quest series, which has long been a national obsession in Japan (more popular, even, than Final Fantasy), is beginning to gain traction in the Western world. Dragon Quest Builders is an upcoming sandbox action RPG set in Alefgard, the world of the first Dragon Quest game, and is based on an alternate ending in which the Hero accepted the Dragonlord’s offer to rule half of the world. Of course, it was a trap, and now Alefgard is in ruins, its citizens robbed of the ability to create; so it falls on you, the Legendary Builder, to rebuild Alefgard and defeat the evil Dragonlord. It’s gotten rave reviews since its Japanese release in February and will be released in North America and Europe next month. The game has naturally drawn many comparisons to certain other iconic sandbox games, but it’s far more than a Dragon Quest-skinned Minecraft, and is perfect for those who prefer a much more guided and story-driven approach to gathering, crafting, and building.

Taken from Best Xbox One Games Description: EA Dice made the right move when they decided to stick a “1” next to its standout FPS franchise. Instead of taking it further into the future of military warfare, Battlefield 1 took it all the way back to the huge scale battles of World War I. Fans knew just how impressive the multiplayer components of this shooter would be before they got their mitts on it, but no one knew just how strong the single-player campaign turned out to be. Battlefield 1 delivered WWI through the viewpoint of different soldiers and let players play out their excursions around the world. 64-players could still navigate huge maps and engage in squad-based battles, of course. The spacious maps, incredibly fun Conquest Mode and varied character classes made Battlefield 1 stand out in a year full of great 1st-person shooters.

Taken from Game Review: Titanfall 2 comes out during a very crowded FPS season, but make sure you don’t pass it up just because you’re too deep into the latest Battlefield and Call of Duty entries. Respawn has done an incredible job at including one of the more fun single-player campaigns produced in recent years. And its multiplayer feature set throws a lot at everyone, which means there’s way more life in this sequel over its predecessor. New Titans, weapons, gear and the same flexible maneuvers your Pilot employs all combine to make Titanfall 2 one of the best 1st-person shooters of 2016. 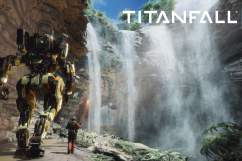 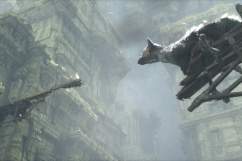