Here’s our final gathering of the best PS4 titles that released during the final months of 2016.

Taken from Game Review: It wasn’t until I received World of Final Fantasy that I understood that it’s not just some cutesy spin-off to appeal to longtime fans’ nostalgia; rather, it’s a fully-developed game, complete with side quests, objectives, and minigames. The story alone is allegedly 100+ hours, and based on the time I’ve put in and my apparent progress, this seems to be accurate. However, it was criminally under-hyped and that, combined with the animation style, will probably cause a lot of gamers to skip it. Personally, I find that the overall aesthetic somewhat evokes Kingdom Hearts (especially when Reynn and Lann are in Jiant form, which they can freely switch to). The mirages are utterly adorable (many of them have elicited a squeal of delight), and seeing familiar characters rendered in chibi style is fantastic. The dialogue is appropriately cheesy and the banter between Reynn, Lan, and Mirage sidekick Tama is quite endearing.

Taken from Game Review: BlazBlue: Central Fiction is an excellent gift that’s perfect for those who stood by this 2D fighter since its introduction. New characters, modes, system adjustments etc. come together to make this series swan song a memorable one. This fighter features everything seen in most modern day fighters, plus it throws even more features in to put it above the competition. The lengthy Story Mode’s text-heavy sequences may look fine, but they’re simply too much of a bore to get into. And the loss of English voiceovers stings a little bit. Props still go out to Arc System works though for their fine farewell project within the BlazBlue lore. 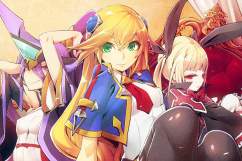 Taken from Game Review: Dishonored 2 excels in every area that made the 1st game so remarkable. Each of the stages you explore within Karnaca are wondrous locales teeming with meaningful activity and beautiful scenery. Corvo/Emily’s otherworldly ability suite feels empowering and makes you feel like a true menace. Most of the fun produced by this sequel comes from exploring every nook and cranny of a level while choosing the more/less violent method for your main objective. The game’s tale of deception, revenge and redemption is all the more involving thanks to the interesting personalities you encounter. The only letdown that comes to mind is the fact that some of the game’s cooler mechanics are only relegated to a single stage. But don’t let that nitpick deter you from Arkane Studios’ latest triumph. 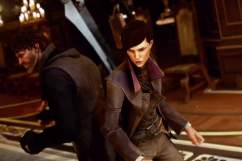 Taken from Game Review: Lastly, although this strays so far from the usual Final Fantasy formula, there are still plenty of elements that longtime fans will recognize, and things that just give it that feel. Most (if not all) of the monsters will be familiar to series veterans, including the Archons. There’s Chocobo riding, naturally, and Moogles even make a small appearance (if only as decoy plushies). You’ll hear clips of familiar music, such as the victory theme when your experience tallies each night (or when Prompto randomly sings it after battles). And of course, there’s the spiky-haired, brooding protagonist.

The eternal wait for the eventual release of The Last Guardian was a culmination of cancellation rumors and switched platforms. While it does have a few rough spots in some important areas, the overall experience behind this lovable puzzle adventure title is heartwarming. Exploring a mysterious castle as a young boy and befriending a massive creature named Trico meant getting the chance to build on the newfound relationship between them. Trico’s behavioral patterns and the way he interacts with his smaller ally helped deliver several memorable moments that still resonate with us months later. Ico and Shadow of the Colossus’ best elements combined together in just the right way to make The Last Guardian another Fumito Ueda’s classic.