Digital Foundry released their comparison video of the Wii U and Nintendo Switch versions of Breath of the Wild today.

The video finds the graphics are nearly the same. The Switch will see better texture filtering, a higher resolution, and it will look less blurry. Nintendo claims the Switch has better sound quality but Digital Foundry says it’s negligible. 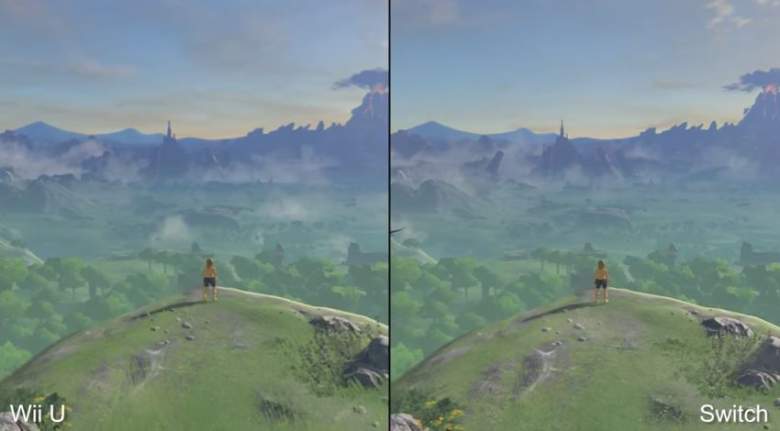 In docked mode, the Switch outputs the game at 900p compared to the Wii U’s 720p. Both versions of the game are set to lock at 20 fps when it drops from the normal 30 fps, but it doesn’t appear like one consistently outperforms the other. 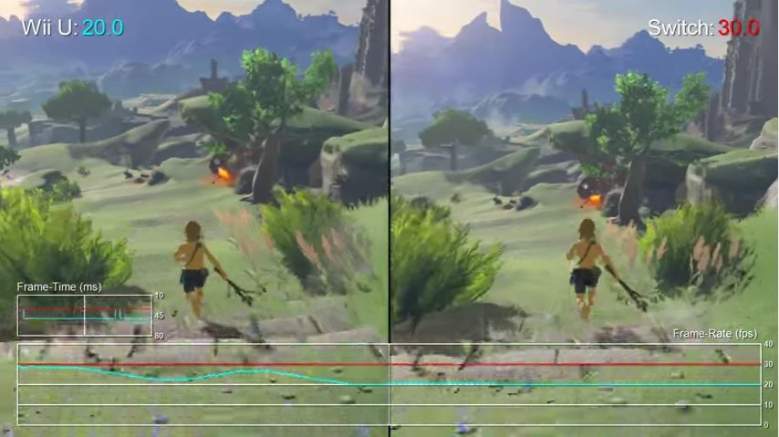 Certain parts of the game, like this walk down the hill causes the Wii U version to stutter. 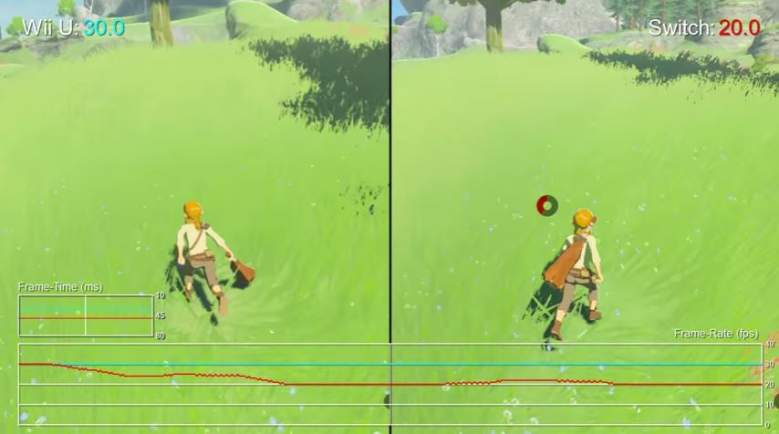 Other parts of the game will see the Wii U outperforming the Switch.

Digital Foundry says the drops on the Switch version while docked could be caused by the NVIDIA Tegra chip being optimized to run games best a 720p. The handheld mode of Breath of the Wild doesn’t see drops like the docked mode.

If you’re a Wii U owner and don’t own a Switch, the video shows there isn’t a need to upgrade to the Switch version, at least based on the first hour.

Further testing showed the Switch version, in docked and handheld, both have less frequent framerate drops than the Wii U version. This isn’t all that surprising since the Switch is running on new hardware and the Wii U is running on 2012 hardware.

Digital Foundry says the game is better on the Switch due to the higher resolution and less frequent drops but isn’t really worth the upgrade if you already have a Wii U unless you plan on playing Zelda on the go. 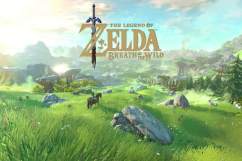 ‘Breath of the Wild’ Switch Performance: Docked Vs. Handheld