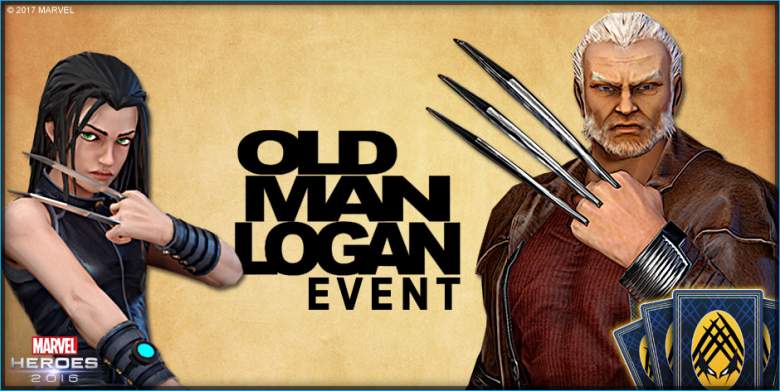 Free-to-play Action RPG Marvel Heroes is celebrating the release of Logan in theaters by putting on the Old Man Logan event.

Marvel Heroes 2016, as it has been rebranded into, features a 50 percent experience point boost for the duration of the event for both Wolverine and X-23.

The rest of the details surrounding the event can be found on Marvel Heroe’s website.

The event includes a new Fortune Card, 25 percent off Wolverine and X-23 costumes and it gives both characters a new costume. The event ends March 8.

Marvel Heroes was released in 2013 and was headed by David Brevik, one the main Diablo 2 developers, before he left the game to work on Path of Exile in 2016.