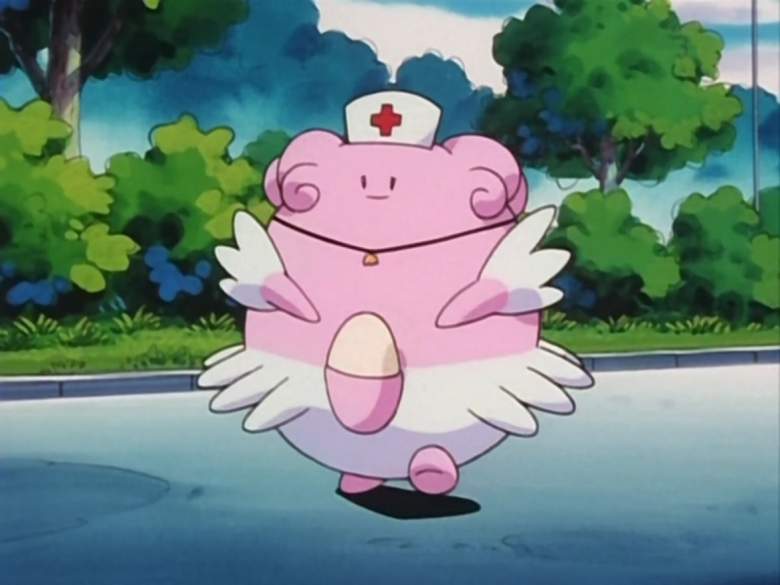 How can Blissey be defeated in Pokemon Go? (Pokemon Wiki)

Ever since the second generation of Pokemon was added into Pokemon Go in February, one of the most difficult creatures to take down has been Blissey. After all, it has by far the highest stamina of any Pokemon in the entire game. So what are some of the ways to take Blissey down?

During a Blissey encounter, the biggest enemy is not actually Blissey itself; it’s the clock, as players typically run out of time long before they’re able to drain Blissey’s HP.

With that in mind, the best strategy is to not even focus on dodging Blissey’s attacks, instead just coming at it head on, continuing to fire quick and charge moves for the entire 90 second encounter. It takes about a half second to dodge, and when you only have 90 seconds to work with, that time really adds up. So when fighting Blissey, only dodge the charge attacks, and if you can afford the HP, don’t even dodge those. Dazzling Gleam is a particularly powerful move, so you may have to dodge that one.

Instead of focusing on the dodging, you’ll just want to continue using your quick moves over and over as much as possible, making use of charge moves when you can as well. Be very conscious of the 90 second timer as you’re playing.

In terms of specific Pokemon to use, Exeggutor is a particularly good option against Blissey, as it can effectively take down Blissey’s HP and it also resists psychic moves. Alakazam is also an effective Blissey attacker, specifically an Alakazam with the Psycho Cut and Psychic moveset. With Alakazam, simply keep spamming those moves and only dodging Blissey’s Hyper Beam.

Of course, this is all assuming that you are taking on Blissey alone. If you have a teammate, Blissey is significantly easier to take down.

Here are some of the Pokemon and movesets that do the best job of taking down Blissey:

The fact that Blissey is so difficult to take down has lead to a lot of fan complaints over the past few weeks, with players hoping that Niantic might buff the Pokemon in some way. Some have speculated that Niantic intentionally made Blissey this difficult in order to encourage teamwork, as there’s no better example in the game of something that is ridiculously difficult alone but relatively simple with teammates.

Have you had your own experience taking down Blissey that isn’t mentioned in the list above? Let us know in the comments section below!

Read More
Android Apps, Android Games, iPad Apps, iPad Games, iPhone Apps, iPhone Games, Mobile Games, Pokemon, pokemon go
Blissey is one of the most difficult Pokemon to take down in Pokemon Go. Here are the best Pokemon and movesets to use during a Blissey encounter.