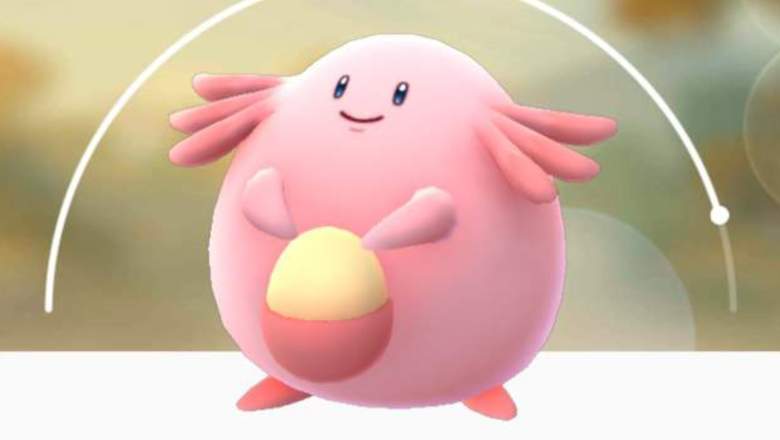 Where can Chansey be found in ‘Pokemon Go’? (Niantic)

One of the most sought after Pokemon in Pokemon Go is Chansey, a creature that has remained quite elusive over the past several months. So where can Chansey be located in the wild, and what are its relevant stats?

As is the case with a lot of Pokemon, Chansey’s rarity depends largely on the area you live in. In general, it seems that Chansey spawns most frequently in desert biomes, i.e. areas where there are frequent spawns of Mankey, Geodude, Rhyhorn, Ekans, Meowth, and Growlithe. If you’re on the hunt for Chansey, then, you’ll want to focus in your efforts on areas where those Pokemon are found.

Chansey seems to be the Pokemon whose rarity varies the most. In desert biomes, it is often the case that Pokemon trainers will encounter Chansey several times a day, while others have literally never once encountered a Chansey. That isn’t to say Chansey can never be found elsewhere, however.

Part of the reason Chansey is such a desired Pokemon is because its stamina is so high; Chansey has a base stamina of 500. That is the highest stamina of any Pokemon in the entire game with the exception of Blissey, the creature that Chansey evolves into. The Pokemon with the next highest stamina is Wobbuffet, but that Pokemon only has a stamina of 380, so there really is no comparison.

Unfortunately for those who live outside of the areas where Chansey spawns, there do not exist any Chansey nests.

However, if you aren’t coming across any Chanseys in the real world, your next best bet is to hatch it from eggs, as Chansey can be hatched from a 10 kilometer egg. It falls into the “rare” category, and it hatches about as often as Mareep and Sudowoodo. However, it hatches more often than Aerodactyl, Lapras, Snorlax, Miltank, and Skarmory, according to data from The Silph Road.

According to Pokemon Go Info, the best offensive moveset for Chansey is Pound and Hyper Beam, while the best defensive moveset is Zen Headbutt and Dazzling Gleam. Chansey’s base attack is 60, while its base defense is 176. Its max CP is 1448.

Read More
Android Apps, Android Games, iPad Apps, iPad Games, iPhone Apps, iPhone Games, Mobile Games, Pokemon, pokemon go
Chansey is one of the most sought after Pokemon in Pokemon Go. Here's what you need to know about where it spawns and what its stats are.