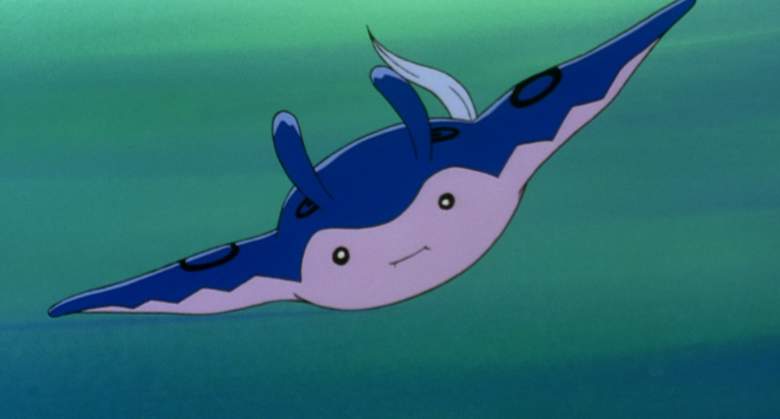 Where is Mantine in ‘Pokemon Go’? (Pokemon Wiki)

With the second generation of Pokemon having been added to Pokemon Go, one species players will want to hunt down is Mantine, a dual-type water and flying Pokemon. So where has Mantine been found in the wild, and can it be hatched from eggs?

As you would imagine, Mantine has generally been found at a higher frequency near bodies of water, so if you’re hoping to track one down in the real world, heading near water is your best bet.

Unfortunately, there do not appear to exist any Mantine nests in Pokemon Go, but there are definitely locations where it spawns more frequently than elsewhere. To find those locations, you can make use of the map over on The Silph Road. At the top of the page, click on “species,” and then select “Mantine.”

From there, markers will pop up on the map where players have said they have caught Mantine. In the screenshot below, you’ll see an example of a location that a Pokemon Go player has identified as a great place to find Mantine. You’ll also notice that this spawn is right near several bodies of water.

If you aren’t finding any Mantine spawns on The Silph Road map and have never encountered any in the wild, your best bet might be to try to hatch it. You can do so by making use of 10 kilometer eggs.

According to The Silph Road, it isn’t exactly common to hatch a Mantine from an egg, but it isn’t extremely rare, either. Mantine fits into the second rarity tier, meaning Pineco and Dratini are more common, but everything else is either as rare or rarer than Mantine.

Read More
Android Apps, Android Games, iPad Apps, iPad Games, iPhone Apps, iPhone Games, Mobile Games, Pokemon, pokemon go
Mantine is one of the second generation Pokemon added to Pokemon Go in February, and it can be caught in the wild or hatched from 10 kilometer eggs.