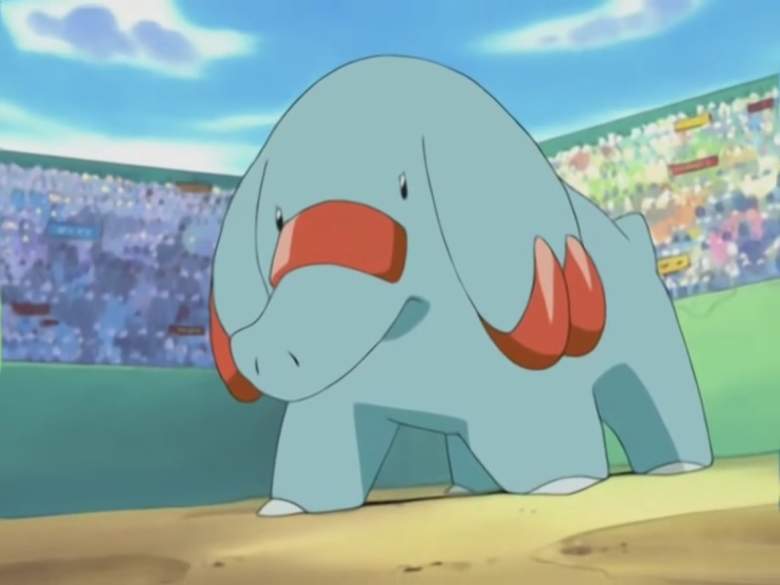 Where is Phanpy in Pokemon Go. (Pokemon Wiki)

Phanpy, the 231st Pokemon, was added into Pokemon Go during the February update, and there have been conflicting reports about its rarity since then, with some players seeing it all the time and some virtually never encountering it. So where does Phanpy generally spawn, and can it be hatched from eggs?

Thus far, players have found Phanpy spawning at a higher frequency in desert biomes. These are locations where you will also find a high frequency of Dragonites, Clefairys, Eevees and Nidorans. Therefore, if you’re seeking out Phanpy, you should focus your search in on locations where you have also come across those four Pokemon.

In addition, some players who live near water have also reported seeing Phanpy in the wild quite often, especially near lakes and piers.

Still, Phanpy is definitely one of the rarer generation two Pokemon, so you should not expect to run into them in the wild very often.

Unfortunately, it does not appear that there are any Phanpy nests in the game at all. But you can try narrowing down your search by taking a look at the atlas map on The Silph Road, where players report sightings of Pokemon, especially those that have nests. On that webpage, simply click on the “species” tab on the top of the screen, and then scroll down to check off Phanpy. You will then see a number of markers pop up on the map, with these being locations where players have said they have caught Phanpy in the wild.

In the screenshot below, for example, you can see that a number of players have reported this location as a Phanpy spawn over the course of the past several weeks. This isn’t to say that you’re guaranteed to catch Phanpy if you head over there, but this should at least give you an idea of where to start looking. 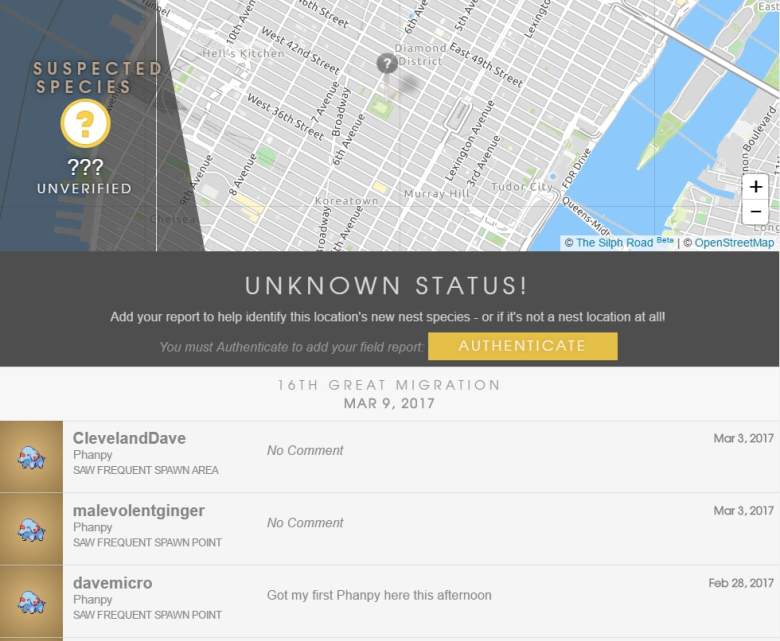 If you aren’t having any luck catching Phanpy in the wild, you may have a better chance of obtaining one from hatching eggs. Specifically, Phanpy can be hatched from five kilometer eggs. It’s relatively common to hatch Phanpy from a five kilometer egg, too, and indeed, this is how most players have obtained their Phanpy. Phanpy hatches from eggs about as often as Psyduck, Staryu, and Poliwag.