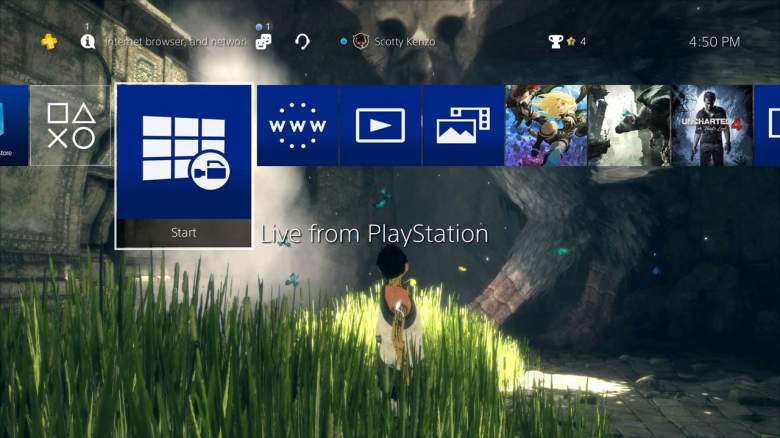 The next major update for PS4 is out today and with it comes external hard drive support, voice chat for remote play and boost mode for PS4 Pro owners.

The patch will give players the chance to use an in-game screenshot as their background image for the PS4 home screen.

If you’re using remote play on your PC, Mac or Xperia device, you will now be able to use a mic and engage in voice chat.

Arguably the biggest feature being added is the boost mode for PS4 Pro owners. Boost mode is designed to give older titles that haven’t been given a PS4 Pro patch an option to still increase their performance and take advantage of the better PS4 hardware found in the Pro. The blog post says this can provide a noticeable frame rate boost to some games with unlocked frame rates and it can provide stability to games programmed to run at either 30 or 60 frames per second. Boost mode is not guaranteed to work with all titles, Sony warns. You will be able to turn the mode on in your system settings.

PS VR owners also get an update. Coming with Update 4.50 brings the ability to watch 3D Blu-rays on your VR headset according to a previous post. The resolution of Cinematic Mode on PS VR will also improve. If your PS VR screen size is set to Small or Medium, the frame rate of content viewed in Cinematic Mode goes up from 90Hz to 120Hz with the update.

Read More
PS4, PS4 Pro
The next major update for PS4 is out today and with it comes external hard drive support, voice chat for remote play and boost mode for PS4 Pro owners.