Thanks to NetherRealm Studios’ weekly dose of fresh Injustice 2 trailers, fans have gotten a clearer picture of what’s to come from the game’s Story Mode. The 2nd part of the “Shattered Alliances” story trailer has been released and it gives us a sneak peak at a few extra roster members – Green Arrow, Green Lantern, The Flash and his nemesis Reverse Flash. As for the last character we just mentioned, it looks more like an alternate costume that can be obtained in-game for the regular version of the Crimson Speedster. Besides the introduction of returning heroes, this new trailer shows off even more of the ongoing conflict between the regimes of Superman and Batman. Check out that latest piece of Injustice 2 in-game footage above. 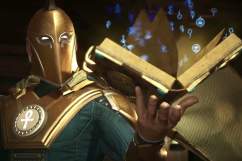