Splatoon 2 is hitting the Nintendo Switch this summer but Nintendo is allowing gamers to try the game out first via the Splatoon 2 Global Testfire demo event.

The event starts March 24 and runs through the entire weekend. Throughout the event, there will be six sessions, each an hour long so you will get a chance to play up to six hours of the new squad based ink shooter.

Nintendo plans on supporting the game after launch, like they did with its predecessor, by adding new stages, clothes and weapons. A smart phone app is being designed for the game with the goal of enhancing matchmaking and allowing voice chat options.

Splatoon 2 will also introduce a local multiplayer mode, something that was unavailable in the original game and it will be playable in handheld, tabletop and TV mode.

The original Splatoon was released in 2015 as a Wii U exclusive. It was well received and is currently sitting at an 81 on Metacritic. It won IGN’s Best Shooter Game of 2015. 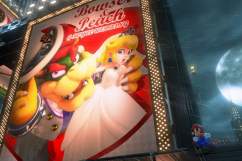