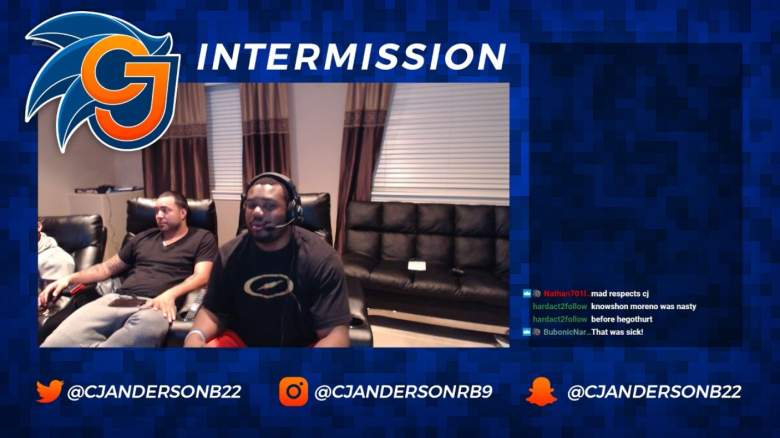 CJ Anderson, Super Bowl winning Denver Broncos running back, has started up a Twitch stream and is trying to build a following.

He has said he will primarily be playing Madden (big surprise, right?) but will also dabble with other games like Overwatch, Call of Duty and NBA 2K. He is running a contest that gives away two tickets, which include field passes and post game passes to the Broncos season opener against the Los Angeles Chargers and he said it will run through the weekend. He played a random players on his stream and gave away signed pictures of himself to those players.

His stream started out with a highlight tape of his plays in the NFL playing with Fall Out Boy’s The Phoenix playing in the background.

The benefits of being an NFL player means you have the income to afford a great PC for streaming and Anderson has taken full advantage of that. His specs are as follows:

As many know, Madden is not a game that is on PC so he needs a console to stream that game. His console of choice is the PS4 and he uses the Elgato HD60 Pro as the capture card. He mentions in the stream that most of his streaming will be done on the PS4. Anderson says his favorite game is Dragon Ball Z Budokai 3 for the PS2.

This streams comes on the heels of Washington Redskins first round draft pick Jonathan Allen saying his first big purchase after being drafting was going to be his supercomputer. It seems more and more athletes are becoming gamers these days.

Anderson is still recovering from last season’s knee surgery but he told the Denver Post that he says his knee is nearing 100 percent.

“It’s close. It’s really, really close,” he said. “I’m out here running around full-speed as much as I can. It’s something that I wasn’t able to do since October.”

You can check out Anderson’s stream from last night right here to check it out on his Twitch channel, cjanderson. 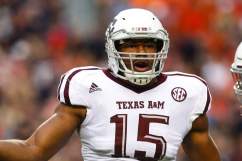