Watch live video from Call of Duty on www.twitch.tv

The one thing that’s certain for gamers on an annual basis is the release of a new Call of Duty. 2016’s Infinite Warfare was met with a mixed reception from hardcore fans, which opened the lane for shooters such as Battlefield 1 and Overwatch to take over COD’s multiplayer throne. 2017 is here and the leaks regarding the time period for the next COD installment have already sprung. Like EA and DICE did with Battlefield 1, Activision and developer Sledgehammer Games are taking COD back into the past. Today’s live stream (April 26) will be the official worldwide reveal for Call of Duty: WWII. Along with new gameplay footage and cinematic trailers, Sledgehammer Games’ own Michael Condrey and Glen Schofield will be on hand to talk about the game. Tune in right here to see what the next COD has to offer. 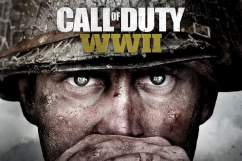