H1Z1: Fight for the Crown is the first official team-based tournament for the multiplayer shooter, H1Z1: King of the Kill. There are 15 five-player teams that  will enter the H1Z1 arena with the goal of being the last team standing. The teams are competing for a $300,000 purse with the first place team coming home with $180,000. The event is happening tonight and we have all the ways you can watch it.

The event is being broadcast live on The CW so the easiest way to tune in will be to find out what station The CW is for you and watch it there. The event begins at 9 p.m. EST. You can check out some videos about the event on The CW’s website as well.

ESPN says The CW network will become one of the first U.S. broadcast channels to air an esports competition.

This won’t be an option for viewers who either live out of the United States or don’t have access to The CW. You don’t have to fret though because the tournament will also be streamed on the Twin Galaxies Facebook page. The live stream of the tournament broadcast begins at 8:30 p.m. EST on the Twin Galaxies Facebook page. The digital episodes featuring team Echo Fox will air from 8:30 to 9:15 p.m. ET, with the Fight for the Crown tournament broadcast beginning 9:15 p.m. EST.

This Twitch broadcast is airing it as well.

Courtesy of H1Z1’s website, here are some stats of the players and teams competing tonight.

To top it all off, H1Z1: King of the Kill is currently 40 percent off on Steam until April 24. Although H1Z1 is still in early access on Steam, it has split into two separate games. H1Z1: King of the Kill is the game being shown tonight at it is part of the massive online battle royal genre, in the similar vein of The Culling and Playerunknown’s Battlegrounds. The other game is called H1Z1: Just Survive and is mainly a survival game that has other players in it all trying to survive just like you. Both games have mixed reviews on Steam but still have many players still playing so now is just as good of a time as any to jump in if either game interests you. H1Z1 is also has plans to come to Xbox One and PS4 but those plans are paused as of now.

Will you be tuning into the tournament tonight? 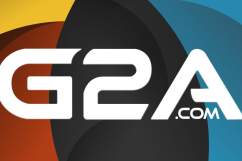 G2A Is Trying to Publish a Game on Steam

Read More
PC
Here are the ways you can tune into tonight's tournament.