As we get closer and closer to the arrival of Injustice 2, NetherRealm Studios’ dedicated developers have been releasing new footage on a weekly basis. The week before this livestream, everyone got a detailed look at the movesets for Gorilla Grodd, Captain Cold, Bane and Scarecrow. Two of those baddies will be shown off during this new character showcase live stream. Plus we’ll get to see what’s returning and what’s new when it comes to showing off The Flash. So that’s three fighters from Injustice 2 that will have the spotlight centered in them for this exciting live stream presentation. Check it out right here and enjoy all the new footage and other surprises that will surely be on display. Question – when’s Brainiac’s trailer going to drop? Guess we’ll find out soon enough… 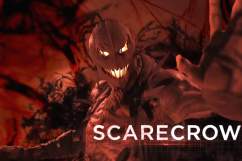