The North American League of Legends Championship Series playoffs begin this weekend with four teams competing for the chance to be crowned Spring Champions in Vancouver. The games will be streamed live on the League of Legends esports website. The teams will compete against each other in a best of 5 event with the winner moving on the the semifinals. The winner of these games will go on to face either Cloud9 or TSM in the semifinals on April 15 and 16. The lowest seed remaining will play the highest seed remaining. The finals will be April 22 and 23. 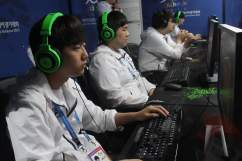 League of Legends LPL 2017 Live Stream: How to Watch Online