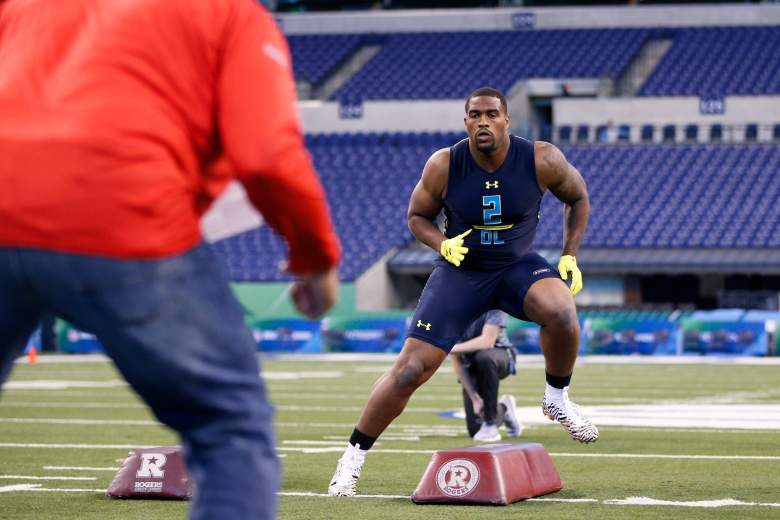 Defensive lineman Jonathan Allen of Alabama participates in a drill during day five of the NFL Combine at Lucas Oil Stadium on March 5, 2017 in Indianapolis, Indiana. (Photo by Joe Robbins/Getty Images)

Projected first round pick in tonight’s NFL Draft, Jonathan Allen, has spoken about what he will do with his first paycheck and you’ll probably never guess what that purchase is.

In a recent Skype interview, Allen revealed his first big purchase will be a supercomputer that “allows you to play games that are crazy frame rate per second” and he already has it picked out. He said he his going to play a lot of games ranging from Call of Duty and Battlefield to Mass Effect. We don’t know if he means he will be building it himself or if he is getting a pre-built rig but it’s still interesting hear an athlete mention a gaming PC. Many athletes are gamers but you don’t hear many of them playing on the PC.

Allen is projected to be a high first round pick after finishing his four-year career at the University of Alabama. Allen was the College Football Playoff national champion in 2015 and was named SEC Defensive Player of the Year and was an Unanimous All-American in 2016. We have him going as high as eighth in the draft to the Carolina Panthers in our latest mock draft.

Building a PC that can run games at peak performance can set you back a couple thousand dollars so it’s a good thing he’s projected to be drafted so high. Last year’s eighth pick, Jack Conklin from Michigan State, signed a four-year contract with $15.44 million guaranteed and a signing bonus of $9.76 million. It’s probably safe to say Allen can afford the PC.

Here’s what we wrote about him:

There has been a lot of scrutiny on Jonathan Allen’s shoulders and whether it will impact his durability in the NFL. Alabama team doctor Lyle Cain spoke with NFL Network’s Ian Rapoport about Allen’s shoulders. “Jonathan has really played without symptoms in his shoulders, and it’s something that has not affected his performance or function. It doesn’t have to be treated during the season. And he’s had a couple of great years,” Cain told NFL Network. Allen’s 21 reps on the bench press could help squash the perception that his shoulders will impact his playing abilities. If everything checks out like Allen’s camp indicates, he should be the next defensive end off the board after Myles Garrett.